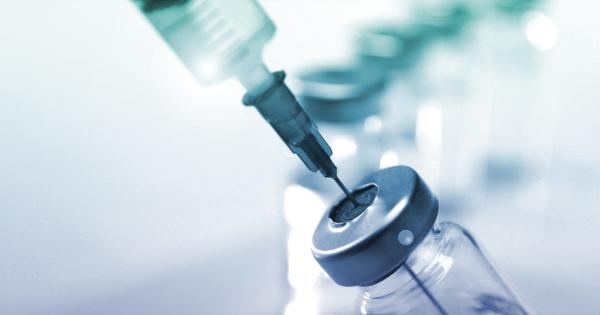 (Natural News) A researcher named Albert Benavides conducted a data analysis on Vaccine Adverse Event Reporting System (VAERS), which is maintained by the Centers for Disease Control and Prevention (CDC) and the Food and Drug Administration (FDA). And what he found is that there are hundreds of serious adverse events associated with Wuhan coronavirus (COVID-19) vaccines that these two federal agencies are concealing from the public.

More than 200 different symptoms, if you can believe it, have been completely swept under the rug by both the CDC and the FDA, which continue to claim that Fauci Flu shots are “safe and effective.”

All 200 of these serious adverse reactions occur at a much higher rate than myocarditis, the heart condition that is exploding particularly among young people who take the jabs in obedience to the government and their local school boards.

“All together, there were over 4,000 VAERS adverse event codes that were elevated by these vaccines by a factor of 10 or more over baseline that the CDC should have warned people about,” reported investigative reporter Steve Kirsch on his Substack.

As we reported, hospitals all across America are now being flooded with vaccine-injured patients, many of them children and even infants, who are suffering from these adverse events concealed from the public by the CDC and the FDA.

Parents everywhere are wondering what happened since the media-pharma-government trifecta claims that these injections are basically the same thing as vitamins when it comes to boosting immunity.

The truth, of course, is that these chemical vials are killing people either slowly or quickly, depending on the person. In time, the full impact of this injection genocide will become apparent, but by then it will already be far too late to do anything about it.

Another little tidbit uncovered by Benavides’ analysis is the fact that Chinese Virus injections are causing more adverse events than all of the other 70-plus injections that have been included in the government’s tracking protocol since the program was launched 30 years ago.

This means that Wuhan Flu shots are by far the deadliest “vaccines” to ever hit the market.

“That’s a stunning statistic, nobody can deny it, but nobody in the mainstream medical community (or mainstream media) seems to care much,” noted Kirsch. “It’s not even worth noting in passing. Wow.”

All in all, Chinese Virus shots are 800 times more deadly than the smallpox vaccine, which was the previous record holder. Fauci Flu jabs have already killed at least 150,000 Americans and permanently disabled countless more.

Not only that. Only one life is supposedly saved for every 22,000 people that get injected. This is according to a six-month trial from Pfizer that was probably skewed in the company’s favor, meaning the true numbers are likely far worse.

“It also appeared from the trial that the drug killed more people than it saved (there were 20 deaths in the treatment group vs. 14 in placebo after unblinding),” Kirsch added. “So we are ‘saving’ fewer than 10,000 lives at the expense of over 150,000 deaths. In short, we kill 15 people to save 1. That’s incredibly stupid.”

Kirsch and his team have attempted to meet with officials from the Biden regime to discuss this incriminating data, but thus far they have refused.

“They basically don’t want to hear the truth,” Kirsch said. “Instead, they focus on deplatforming and censoring us which are techniques that are effective when the data doesn’t work out for you.”

The latest news about the COVID-19 vaccine genocide can be found at Genocide.news.

Sources for this article include: