Turmeric: How This Spice Can Potentially Improve Your Health 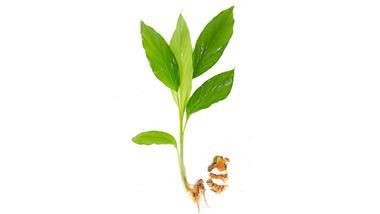 Most people are familiar with turmeric (scientific name: Curcuma longa1) as a yellow spice that’s used in Indian cuisine, and has a peppery, warm and bitter flavor.2 Traditionally called “Indian saffron,” turmeric comes from a rhizome with rough brown skin, dull orange flesh3 and an earthy scent said to be more pungent than ginger.4 However, there’s more to this vibrant spice than meets the eye.

Through the years, studies have been extensively conducted on the potential health benefits of turmeric, and the results were consistently positive. As a result, turmeric was given its well-deserved nickname: the “Spice of Life.”5 There are many ways you can incorporate this spice into your daily life. Learn more about turmeric and its benefits, and how they can help improve your health and well-being.

The health benefits turmeric offers can be attributed to curcumin, a well-studied bioactive compound that may:

• Modulate some of your genes7

As mentioned earlier, turmeric is known as the “Spice of Life,” and curcumin has a role to play in making this spice earn this moniker. Curcumin was proven by studies to help combat diseases such as:

• Parkinson’s and Alzheimer’s disease — Curcumin is a known antioxidant, anti-inflammatory and neuroprotective agent, and is said to promote lipophilic action and improved cognitive function, potentially helping people with these conditions.11,12

• Cancer — Numerous studies have been conducted regarding curcumin’s potential anticancer capabilities.15,16,17 According to Dr. William LaValley, whose clinical work mostly focuses on the treatment of cancer, curcumin appears to be useful for just about every type of cancer, because it can affect multiple molecular targets via many pathways. Curcumin is also nontoxic, and does not target healthy cells — instead, it selectively targets cancer cells.

The antibacterial properties of curcumin are nothing short of extraordinary as well, as it may be effective against gastritis, peptic ulcer and gastric cancer, which are all caused by Helicobacter pylori (H.pylori) bacteria.

This was proven in a 2009 study, wherein curcumin effectively inhibited the growth of H. pylori in vitro in mice, regardless of the genetic makeup of the bacteria strains.18 H. pylori is a group 1 carcinogen19 that affects more than half the global population.20 Some of the other health benefits linked to curcumin include:

Turmeric has a long history of medicinal use for Ayurvedic medicine and traditional Chinese medicine (TCM). Evidence showed that turmeric may help alleviate wounds, sprains and swelling, liver disorders, skin diseases and respiratory or gastrointestinal problems.34 Aside from being a common ingredient in Indian dishes, turmeric is used for making mustard. In fact, the distinct yellow color of this condiment comes from this spice.35

Turmeric also works as a dye for textiles and other articles of clothing.36 It’s said that Hindu and Buddhist monks who traveled all over the world used this spice to dye their robes.37 During early times, the children from Kerala, a state in southwest India, were given turmeric-dyed clothing to wear during the Onam Festival because the spice’s color was said to be associated with Lord Krishna, a prominent figure in Hinduism.38

In a traditional Hindu wedding ceremony, the groom ties a turmeric paste-dyed string called a mangala sutra around the bride’s neck, signifying that the woman is married and can run a household. Most Hindu weddings today still continue this tradition, and it’s considered the equivalent of exchanging wedding rings. People living in some parts of Southern India also still wear a piece of the turmeric rhizome as an amulet to protect themselves from evil spirits.39

You can grow turmeric in your backyard or in indoor containers from rhizomes or root cuttings, but not from seeds. To grow turmeric, you need high-quality soil or growing material with high amounts of organic material-like manure, and a turmeric rhizome.

The plant will benefit from good-quality organic fertilizer or compost, especially when administered during growth of turmeric shoots. Just make sure that when you apply the fertilizer, it does not directly touch the plant. The fertilizer’s nutrients should reach the soil, but without touching the stems. Follow this simple step-by-step method if you want to grow turmeric:40,41

How to Grow Turmeric

1. Cut rhizomes into smaller sections with two or three buds each.

3. Place rhizome flat onto the soil, and cover with more potting soil.

4. Water the plant and place the pots or containers into clear plastic bags.

5. Move the pots or containers to a warm location of around 86 to 95 degrees F. Take note that colder temperatures may cause the turmeric to grow very slowly and possibly rot.

6. Once the turmeric rhizome is planted, avoid watering until you notice shoots rising out from the soil.

Edible turmeric rhizomes take around eight to 10 months to mature. Once rhizomes are fully grown, you can harvest them. Ideally, matured roots should be harvested all at once. You’ll know the turmeric is ready to harvest if the plant’s flowers fade and the leaves turn yellow. Home Guides SF Gate demonstrates how to harvest fresh turmeric:42

” … [C]ut off the tops of the plants with shears to make harvesting easier — this isn’t required, but it allows you to get to the underground rhizomes without having to dodge the large leaves. Water the area thoroughly to soften the ground, then dig up the rhizomes using a trowel. Each plant should have a small handful of rhizomes …”

If you want to grow turmeric the following season, save a few rhizomes for planting.43 Turmeric is best planted in tropical areas where it may receive high amounts of warmth and moisture,44,45 particularly in USDA zones 8 to 11. When you should be planting turmeric depends on your area. Good Housekeeping notes that in most parts of the U.S., turmeric will flourish if you plant it indoors, although if you live in Zones 8 to 11, you can plant turmeric outdoors for the entire period.46

If you live in areas with cooler climates, plant turmeric indoors and then move it outside once the threat of frost is gone. This reduces the risk of the plant becoming dormant.47 After moving the plant outside to a warm area, keep the soil wet and moist, and provide partial shade to protect leaves from sunburn.48

Want to add turmeric into some of your dishes? Take your pick from either fresh or dried turmeric. Fresh turmeric rhizomes look like gingers. The Kitchn notes that you can find fresh turmeric root in your grocery’s produce section, as well as in health stores and Asian or Indian grocery stores. Pick firm roots and avoid soft, dried or shriveled pieces.

Fresh turmeric, depending on the root’s maturity or tenderness, can be peeled before chopping, cubing, grating or even juicing it. If you won’t be using turmeric immediately, store them properly. Place turmeric in a glass jar or storage dish or other airtight container for at least a week, or freeze for several months.

Dried turmeric is usually sold ground or whole, and is made by peeling, boiling and drying rhizomes. Buy them from ethnic and specialty shops, which usually have fresher stock and a faster turnover time compared to grocery stores.

When buying dried turmeric, make sure to smell it, as aroma is a good indicator of freshness. Keep it in an airtight container and store in a cool and dark place for up to a year. While it has the flavor and color the spice is known for, one major caveat is that the drying process reduces its pungency and the quantity of essential oils in the spice.49

You can use fresh or dried turmeric for rubs or marinades, just like in these Satay Chicken Skewers and Turmeric Cauliflower recipes. You can also chop fresh turmeric and add it into a salad, similar to what I did with my lunch recipe. Turmeric can be even made into healthy beverages, such as this ginger and turmeric latte, which combines the earthy flavors of these related root herbs:

1. Combine the grated turmeric and ginger, coconut sugar, coconut oil and sea salt in a blender.

2. In a small saucepan, heat the almond milk over medium heat until it’s just simmering.

3. Pour the hot almond milk into the blender and whirl until smooth and frothy.

Research has shown that turmeric essential oil exhibits anti-inflammatory,50 antimicrobial,51 antifungal52 and antiseptic properties.53 To make this oil, the turmeric plant’s roots can be steam-distilled or powdered until fluid is extracted from the substance.54 Some of the chemical compounds in this oil include:55

Turmeric oil may be help alleviate arthritis.56,57 However, if you plan on using this essential oil topically, I advise you to take a skin patch test first to check for allergic reactions and talk to your doctor to determine whether this oil is appropriate for you.

Can Turmeric Cause Side Effects?

Consuming excessive amounts of turmeric can predispose you to some side effects. For instance, turmeric may cause nausea, upset stomach, dizziness or diarrhea. It also may interact with:58,59

The following groups of people must avoid taking turmeric or related products because they have a high risk for side effects:60

• Pregnant and breastfeeding women — High amounts of turmeric may trigger a period or stimulate the uterus, resulting in health risks for a pregnancy. There is also very little research about turmeric’s possible effects on breastfeeding women.

• People with gallbladder problems such as gallstones or a bile duct obstruction — Turmeric can worsen these conditions.

• People with bleeding problems or disorders — Turmeric may slow down blood clotting and increase both bruising and bleeding risk.

• Diabetes patients — Reduced blood sugar levels may be caused by curcumin abundant in this spice.

Men who consume turmeric excessively may be prone to reduced testosterone levels and lessened sperm movement. If you’re scheduled to undergo surgery, reduce or avoid turmeric consumption, as it can slow down the blood clotting process and trigger excessive bleeding during and after the procedure.64