What you need to know about sedge 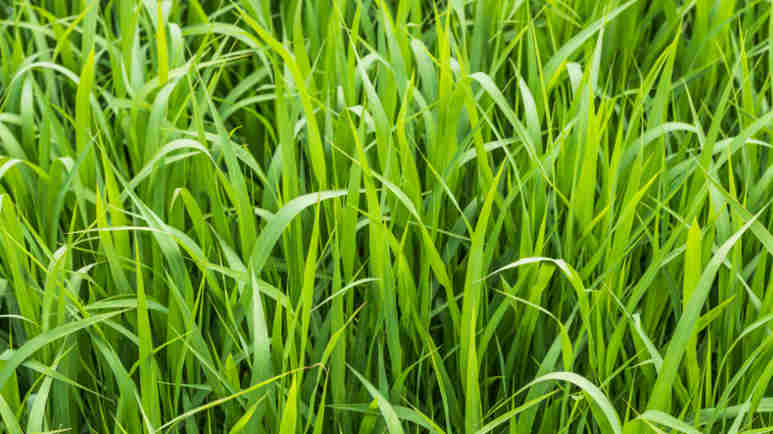 Not many people know this, but not all of the shrubs we think of as “grass” actually fall into that category. In fact, there are three distinct types of plants that are casually referred to as “grass.” Because of this, it’s believed that identifying sedges, rushes and grasses is one of the toughest aspects of botany.1 But while they all look alike, these plants belong to different families. This article will primarily focus on sedges, or Cyperaceae.

The sedge family is the third largest monocot family, consisting of over 100 genera. One of the most common genera is Carex, which includes over 5,000 species.2 Some examples of sedges are yellow nut, purple nut, annual and globe.3

In terms of their appearance, sedges don’t look much different from grasses, as they are similarly characterized with linear blades and the veins running parallel to each other. They also have small-wind pollinated flowers.4 However, because they can spread easily, sedges may also be categorized as a weed.5

For example, the navua sedge (Cyperus aromaticus) has been observed to compete for soil nutrients and light. It also has the ability to form dense stands that can overpower other plant species.6

How do you identify sedge?

When trying to differentiate sedges from rushes or grasses, it’s useful to remember the following rhyme: “Sedges have edges, rushes are round, grasses are hollow right up from the ground.” The easiest way to identify sedge is by cutting its stem and checking if it’s solid, as grasses usually have hollow stems. Another thing to note is that the cross-section of a stem branch is typically three-angled in sedges.7

Where does sedge grow?

Sedges, like rushes, typically thrive well in cooler and wetter regions, usually in marshy and swampy places.8,9 While sedge may grow in partly shaded areas, it can also grow in areas exposed to full sunlight. They also require moist or wet areas to be able to grow, but other types, like the blue wood sedge, may prefer dry fields and woods.10

How to grow sedge

Growing sedge, whether in your garden or in a pot, is relatively easy, as it requires minimal plant care, and needs little to no fertilizer. If you’re looking for a specific sedge variety, you may try sourcing seeds from growers.11

However, while sedge is hardy and requires little to no attention, the different types can have varying environmental preferences. For example, catlin sedge thrives in partial to full shade, with the color growing lighter when planted under direct sunlight, while California meadow sedge doesn’t do well in full shade. Make sure that you’re familiar with the variety you’re planting to ensure that your sedges are going to thrive and look their best at all times.12

Sedge provides wildlife with sustenance with its tubers and fruits. It’s one of the main food sources for insects, wild birds and a few mammals.13 It plays an essential part in marsh ecosystems by providing shelter for various micro and macro organisms, which then serve as food for fish and amphibians. In addition, sedge offers hydrological functions, including water flow stabilization and erosion management.14,15

Aside from serving as food for wildlife, sedge can be used for its fibers. In the tropics, the fibers are generally used for basketry, mat weaving, thatching, rope making and fencing.16 In addition, certain species of sedge are used for both medicinal and culinary purposes. Purple nut sedge, for example, is used for its antioxidant properties and its possible effects on diabetes, diarrhea and blood circulation.17

Another variety, water chestnut, is widely utilized in the culinary world. Water chestnuts closely resemble chestnuts because of their color and shape. These “chestnuts” may be prepared in a number of ways. They can be candied, boiled or added to curries and stir-fried.18

Sedges are also used for ornamental purposes, usually planted in water and woodland gardens, pots and hanging baskets. They’re also used for water purification in the Netherlands and Germany.19 It was noted that sedges have the ability to filter pollutants, sediments and heavy metals from water.20

Side effects of sedge

While sedge does not primarily cause any trouble to humans, there have been select instances where its pollen was linked to pollinosis, hypersensitivity and anaphylaxis.21

Sedge has been around for a long time, having been utilized by Proto-Uralic people in Siberia as far back as the 9th to 6th centuries B.C. Fragments from archaeological sites show that these civilizations used sedge to make fishnets.22

While sedges are often referred to as weeds or ornamental plants, some varieties actually provide numerous health benefits. One of the most notable types of sedge is Cyperus rotundus. In a 2017 study in Scientific Reports, its essential oil was found to contain DNA damage-protective, antioxidant and antibacterial properties. The researchers also found that the essential oil may help combat several foodborne pathogens.23

In a 2014 study from the Aesthetic Surgery Journal, Cyperus rotundus oil was found to have antiandrogenic properties, which may help limit hair growth. The study focused on its ability to inhibit axillary hair growth without the risk of hyperpigmentation or irritation that usually accompanies laser hair removal.24

Seeing as sedge is a main source of food for animals,25 you might be wondering whether it also passes as a food source for humans. There are types of sedge that have edible parts, like water chestnuts and chufa, which is now being marketed as tiger nuts. Raw water chestnuts are a good source of both potassium and vitamin B6,26 while chufa is rich in phosphorus, potassium, calcium and magnesium, among other essential nutrients.27

If you’re curious how you can prepare these sedge products, here are two easy recipes you can start with:

For the honey-glazed walnuts:

Whether you see it as an ornamental plant or a weed, sedge actually plays an important part in the survival of numerous organisms in the wild. It also provides plant fibers that may be used for livelihood materials, and with edible parts that can be added to your diet as a rich source of nutrients. So if you’re planning on planting sedge in your backyard, know that you’re adding a very useful plant to your arsenal.