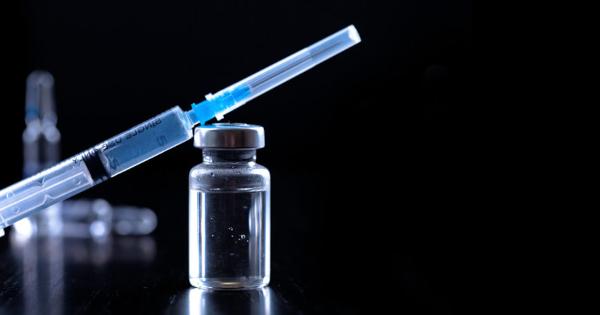 On November 29, 2021, the San Diego City Council passed an illegal and discriminatory ordinance that bans unvaccinated people from holding elected office. Prior to the vote, the city of San Diego received 262 public comments opposed and only a few in support. The ordinance was passed during a virtual meeting as the San Diego City Council has not reopened meetings to the public since the lockdowns began in March 2020.

The majority of the callers during public comment time at the virtual meeting opposed the unconstitutional ordinance, with only a few supporting the banning of elected officials based on “vaccination” status. The San Diego City Council still voted by an 8-1 vote to ban the unvaccinated from holding public office, volunteering for the city or serving on a board or commission.

The San Diego City Council also previously approved a measure that will keep unvaccinated people from entering government buildings in order to attend and speak at city council meetings in person.

The Council’s misguided decision to enact this ordinance and plan excludes an entire category of individuals from meaningful participation in city government — whether through serving as an elected official, board member, volunteer or even attending a city meeting — due solely to a personal medical decision (or a refusal to disclose the same).

It is nothing short of appalling. It is also blatantly illegal, as it violates the U.S. Constitution and state and local law. Indeed, the ordinance and plan are offensive to the foundational principles of democracy and our republic.

state in the 7-page demand letter:

1. “The Ordinance and Plan violate the City Charter by adding qualifications for candidates for elected office and public participation.

Article XIV, Section 216.1, of the City of San Diego Charter provides for broad and open access to the government, giving the people the right to instruct their representatives, to petition the government for redress of grievances, and to assemble freely to consult for the common good, as well as the right of open access to meetings of public bodies. The Ordinance and the Plan violate the provision that “guarantees that a person may not be deprived of life, liberty or property without due process of law, or denied equal protection of the laws.” (City of San Diego Charter, Art. XIV, Sec. 216.1(a) and (b), subs. (1)-(4).)

2. The Ordinance and Plan violates the Brown Act.

3. The Ordinance and Plan are Unconstitutional.

Our Constitution and decades of Supreme Court precedent firmly establish that the state and its municipalities cannot engage in such invidious discrimination that so blatantly restricts the pool of candidates for public office without violating both the First Amendment and the Fourteenth Amendment of the Constitution. (Williams v. Rhodes (1968) 393 U.S. 23, 30.)

The Ordinance and Plan infringe upon an individual’s fundamental liberties, which are protected by the Fourteenth Amendment’s Due Process Clause and “extend to certain personal choices central to individual dignity and autonomy, including intimate choices defining personal identity and beliefs,” such as the decision whether to receive a vaccination. (Obergefell v. Hodges (2015) 576 U.S. 644, 645.) The right of an individual to make such choices is so fundamental that the State must accord them its respect.

4. The Ordinance and Plan infringe upon an individual’s fundamental liberties.

These liberties are protected by the Fourteenth Amendment’s Due Process Clause and “extend to certain personal choices central to individual dignity and autonomy, including intimate choices defining personal identity and beliefs,” such as the decision whether to receive a vaccination. (Obergefell v. Hodges (2015) 576 U.S. 644, 645.) The right of an individual to make such choices is so fundamental that the State must accord them its respect.

5. The Ordinance and the Plan violate the California Constitution.

By imposing a requirement that all individuals share their private medical information as a condition that must be satisfied to gain access to city offices and meetings, San Diego Mayor Todd Gloria and City Councilmembers City of San Diego have violated the state constitution. The Ordinance and the Council’s Plan also further violates Section 216.1, which also guarantees the right of privacy provided by Section 1 of the California Constitution.

6. COVID-19 vaccines have not been proven to be effective at preventing community transmission.

“No right is more precious in a free country than that of having a voice in the election of those who make the laws under which, as good citizens, we must live. Other rights, even the most basic, are illusory if the right to vote is undermined.” (Id., at p. 31.) The Council has chosen to blatantly violate that right under the guise of “protecting” employees and the public from an endemic virus. It should be ashamed.

If the Ordinance and Plan are not rescinded by December 31, 2021, ReOpen San Diego will file a lawsuit against the City of San Diego, Mayor Todd Gloria, and the Council. It will ask the court to enjoin the City of San Diego from implementing this unlawful and discriminatory legislation, while awarding attorney’s fees and costs in its favor.”

ReOpen San Diego is not aware of any other cities or states that have passed such an ordinance. If this is allowed to stand, it will set a dangerous precedent for other local, state and national government policies by banning the unvaccinated to hold office or even attend an open public meeting of our representatives. That is why it is crucial to stop this in its tracks.

To help us stand up to this egregious abuse of power, you can contribute to the ReOpen San Diego legal fund HERE.