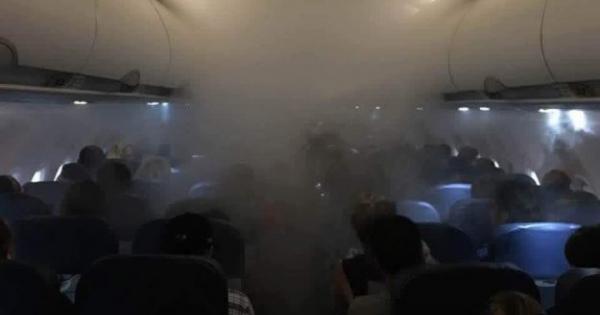 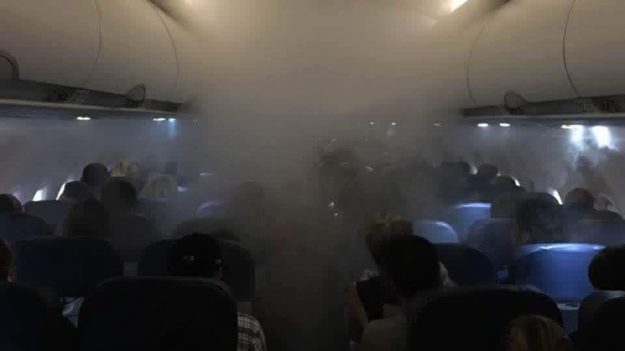 Press comment relating to the British Airways flight where 3 pilots and 22 cabin crew needed hospital treatment after an emergency was declared on board a London-bound flight from San Francisco in October.

Flying is hailed as one of the safest forms of travel. However, there is an inherent danger in flying in most of the jet aircraft in operation today that most people are totally unaware of. Linked to poor cabin air quality Aerotoxic Syndrome has ended the careers of both aircrew and passengers. However, very few people are even aware of the risks they take every time they fly.

One of the most reported cases of reported toxic fumes in recent months was in October 2016 when a BA London-bound Airbus 380 from San Francisco had to divert to Vancouver when flight attendants vomited and became “spaced out” after suspected toxic fumes filled the cabin which left them needing emergency oxygen. The event gained coverage in the press across the world. But this is not an isolated case and these potentially fatal events occur with frighteningly regularity. Only this week an Airbus A333-300 en route to Brussels suffered a fume event and had to divert to Basel and it was reported that seven American Airlines flight attendants went to the hospital early yesterday morning after paramedics at Orlando International Airport responded to their jetliner because of a report of possible toxic fumes (http://www.orlandosentinel.com/news/breaking-news/os-american-airlines-flight-attendants-to-hospital-20170103-story.html).

How is cabin air contaminated?

The problem stems from the need to fill the aircraft cabin with sufficient air pressure to breathe at the altitudes at which jet airliners fly, so a supply of warm compressed air is required.  With the sole exception of the Boeing 787 Dreamliner this air comes direct from the jet engines and is known as ‘bleed air ‘. It is mixed inside the aircraft with recirculated cabin air and, although some of the air is subsequently recirculated, all of the air originates from the jet engines.

Bleed air comes from the compressor section of the jet engine, which has to be lubricated. The seals used to keep the engine oil and air apart cannot be 100% effective. Also, as with any mechanical component, they wear out and their effectiveness gradually declines. If these seals fail they will let a significant amount of oil into the bleed air, resulting in fumes and/or smoke entering the cabin in a fume event.

The oil used to lubricate jet engines is based on special synthetic chemicals and contains organophosphate additives and other hydrocarbons.

The neurotoxic properties of organophosphates which are released in these events have been known about since before the second world war and people understood the toxicity of heated jet oil back in the mid-1950s.

Swab-testing confirms that fume events also deposit substantial residues on all the interior surfaces of the cabin, including the skin of those aboard.

Breathing in these fumes can lead to a wide range of symptoms which can be acute or chronic and can have a profound effect on the human body. As the toxic chemicals attack the central nervous system which controls all of the major organs in the body, symptoms are neurological and are many and varied. This is part of the problem as it is easy to be misdiagnosed and mistreated. Many aircrew victims speak of being like ‘zombies’, in a ‘vegetative state’ or ‘permanently intoxicated’.

Aviation specialists are aware of the problem but there is yet to be any official acceptance of Aerotoxic Syndrome. With many of the symptoms following a flight put down to jet lag rather than exposure to neurotoxic organophosphates in the air.

So what can be done?

Responses from Captain John Hoyte who is the Chairman of the Aerotoxic Association, which was set up 10 years ago to support those affected by Aerotoxic Syndrome, to inform the public about the dangers and to work with the aviation industry and regulators to implement solutions to protect passengers and crew alike.

The Boeing 787 Dreamliner, has been designed to take cabin air directly from the atmosphere. But with only about 5% of the 100,000 daily flights around the world being on a Boeing 787 that leaves 1 in 100 flights experiencing a major fume event – putting the lives of millions of passengers and crew at risk.

Filtering the bleed air is a solution but would cost money. However, most passengers say they would be content to pay for clean air.

A less toxic oil formulation could lead to significant improvement. The French oil company NYCO is continuously developing such oils.

In the meantime, there are activated charcoal masks that many people take on flights with them and use to avoid the worst of the fumes. Without using a mask the only thing filtering these hazardous chemicals are your lungs. These are sold on the Aerotoxic Association website which helps to fund the work that the association carries out.

The first well-documented case of such a fume event was of a Hercules navigator who became incapacitated after breathing contaminated cabin air in 1977. However, while aviation specialists are aware of the issues of these fume events, the resulting health problems that arise have not gained worldwide recognition.

The situation is very similar to the dangers associated with passive tobacco smoking. When it was finally accepted as posing a danger to the public it led to an international ban on smoking in public places – including on aircraft in 1982. How long do we have to wait for recognition of the dangers of these fume events for something to be done to protect crew and passengers from exposure to this potentially lethal chemicals?

Norfolk based Aerotoxic Association brings together experts from all over the world to highlight the dangers of on board ‘fume events’ and to campaign for the implementation of solutions to protect passengers and crew. It was founded by medically retired BAe146 Training Captain John Hoyte in 2007.  The Association supports those affected by Aerotoxic Syndrome, to inform the public about the dangers and to work with the aviation industry and regulators to implement solutions to protect passengers and crew alike. Captain John Hoyte would welcome interviews. Facebook: https://www.facebook.com/AerotoxicAssociation/