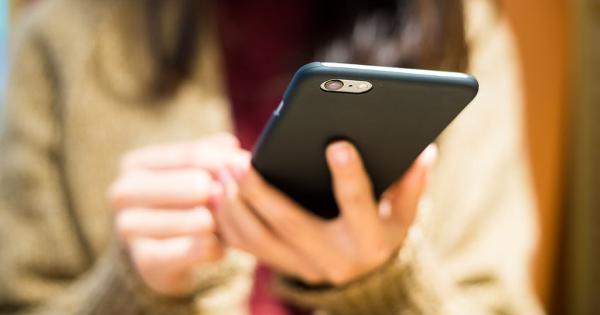 On Wednesday September 26, the FCC voted to grant itself more unconstitutional authoritarian powers to further their 5G agenda with an extremely heavy hand

The new order from the FCC, a revolving-door captured agency, declares that it will effectively steamroll all local governments and all Americans, and do whatever it wants in deploying 5G throughout the nation.

Even according dissenting FCC Commissioner Jessica Rosenworcel, this action is a gross overreach of property rights, and will be slowed down by many lawsuits from local governments.

Hundreds of local governments have previously stated they will sue the FCC if it proceeds. Local governments are being stripped of their rights, and are simultaneously becoming very aware of the vast body of evidence showing biological harm from 5G “millimeter wave” / microwave radiation.

The FCC is on very shaky ground, creating an opportunity for people across America to get involved with your local government councils, educate them about 5G, and fight back.

Dafna Tachover, a lawyer and founder of “We Are The Evidence“:

FCC’s ongoing actions are racketeering. FCC Chairman Pai, just like his predecessor Wheeler, and Commissioner Carr are working for the wireless industry – not the people – and their actions are a crime and [will] cause mass sickness and death.

These dissenting comments from FCC Commissioner Jessica Rosenworcel show just how split the FCC is:

…So it comes down to this: three unelected officials on this dais [Chairman Pai and the other two Commissioners] are telling state and local leaders all across the country what they can and cannot do in their own backyards. This is extraordinary federal overreach.

I do not believe the law permits Washington to run roughshod over state and local authority like this and I worry the litigation that follows will only slow our 5G future. For starters, the Tenth Amendment reserves powers to the states that are not expressly granted to the federal government. In other words, the constitution sets up a system of dual sovereignty that informs all of our laws. …

[T]oo many municipalities to count—from Omaha to Overland Park, Cincinnati to Chicago and Los Angeles to Louisville—have called on the FCC to halt this federal invasion of local authority. The National Governors Association and National Conference of State Legislatures have asked us to stop before doing this damage. This sentiment is shared by the United States Conference of Mayors, National League of Cities, National Association of Counties, and Government Finance Officers Association. In other words, every major state and municipal organization has expressed concern about how Washington is seeking to assert national control over local infrastructure choices and stripping local elected officials and the citizens they represent of a voice in the process. …

It didn’t have to be this way.

Local governments’ main reason of pushback is that their power of local decisions is being stripped by the FCC’s order. City councils may or may not be aware of the massive health risk and damage that will be caused if 5G proceeds as planned.

To that end, let us listen to and share the words – and plea for sanity – from Michigan Senator Patrick Colbeck, who is a self-proclaimed techie and engineer who worked on the space station, in a role responsible for electromagnetic interference:

I will be covering this topic more. In terms of specific actions, from my perspective the InPower liability action will help create enough leverage to give us a chance of stopping 5G. Once it is available following their current phase of development, I believe it to be the most effective organized action available.

In the meantime, now is the time for action. But we now know that appeals and petitions are ineffective. However, there are hundreds of cities poised to sue the FCC — see the US Conference of Mayors declaration, as one example, which lists 306 cities on their webpage.

So, it appears that the best option you have right now is to get involved by educating your city councils and supporting their lawsuit against the FCC.

As there is more to come, you can subscribe to updates via the link below.

Note: Several of the organizations listed below are still promoting actions limited to contacting your elected representatives and pleading for help. With that being said, there is a resounding increase in awareness that a firmer response is now required.

Josh del Sol Beaulieu is the creator of Take Back Your Power, a documentary about “smart” meters which won the AwareGuide Transformational Film of the Year, the Indie Fest Annual Humanitarian Award, and a Leo Award. In 2017, Josh co-founded InPower Movement, pioneering a process using commercial liability to halt harmful technology such as “smart” meters, 5G and mandatory vaccinations. Josh is passionate about human rights, consciousness, decentralized energy, safe technology and being a dad.