Cilantro: Why You Should Choose This Unique, Pungent Herb 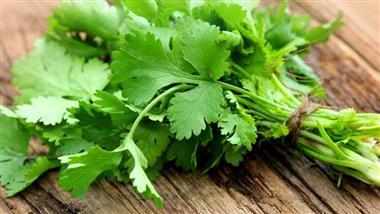 Most people typically associate cilantro with its soapy aftertaste1 or its “bedbug-infested bedclothes” odor and, for some, this could be more disgusting than appetizing even though others seem to enjoy it. In fact, as “The Curious Cook,” Harold McGee, writes in The New York Times, although food can be a universal language, it can become divided as far as cilantro is concerned. He says:2

“Food partisanship doesn’t usually reach the same heights of animosity as the political variety, except in the case of the anti-cilantro party. The green parts of the plant that gives us coriander seeds seem to inspire a primal revulsion among an outspoken minority of eaters.”

Cilantro comes from a plant called Coriandrum sativum,3 and this herb belongs to the Apiaceae family. Also called Chinese or Mexican parsley in some areas,4 cilantro is said to be native to the Mediterranean and Asia Minor regions.5

Originally, the herb was grown in present day Greece and was utilized by ancient Egyptians and Romans, making cilantro one of the oldest known herbs in history.6 What most people do not know about cilantro, however, is that it is both an herb and a spice,7 because the plant also bears aromatic seeds — more popularly known as coriander seeds — that have their own health benefits, too.8

Read further to see how you can make the most out of cilantro. Discover what cilantro can do for you, and who knows — you might finally appreciate it, if you don’t already.

The Countless Health Benefits of Cilantro

It’s no surprise that adding cilantro to dishes not only enhances the flavor, but also provides health benefits. The nutritional content of this low-calorie,9 no-cholesterol herb is very impressive, since it is abundant in:10,11

Cilantro is also proven to have antiseptic, antifungal, antioxidant16 and antibacterial properties17 that can contribute to numerous health benefits, such as:18,19,20,21

The leaves, root and stem of cilantro have also been shown to work against certain conditions, such as:

Using cilantro medicinally may have certain side effects, though, such as allergic skin reactions (hives or itching)31 and photosensitivity.32 Consult your physician before using this as an herbal remedy to ensure that you have no allergies to this herb.

What Is Cilantro Mainly Used For?

Cilantro leaves are primarily used for culinary and medicinal purposes,33 although you can utilize cilantro essential oil for aromatic reasons as well (this will be discussed further).34 Arguably, many people are familiar with cilantro as an ingredient in many recipes. It may feature prominently in some dishes across various cuisines:35

Cilantro pairs well with many dishes, especially those containing beans, eggs, cheese and fish. Plus, you can add cilantro into vegetable dips or use it as a garnish for soups and salads.36

A study conducted by a group of American and Mexican researchers also revealed that cilantro can help purify water. The discovery was made by a team led by Douglas J. Schauer, Ph.D., then of IvyTech Community College in Lafayette, Indiana, along with researchers from the Universidad Politecnica de Francisco I. Madero in Hidalgo, Mexico, while studying in the Tule Valley region.

Wastewater from Mexico City is dumped in this region. However, this waste water, contaminated with heavy metals like nickel and lead, is actually being used to irrigate crops.

According to Schauer, while other filtering agents such as activated charcoal can be used to remove the chemicals from the water, they are too expensive. The researchers then tested samples of different plants ranging from cacti to flowers, and learned that cilantro is a very powerful “bioabsorbant” material in this region. An item is considered bioabsorbant when it’s made from dried organic material from a plant, and can essentially replace the charcoals typically utilized in filters.

As Schauer points out in a Time interview, ground-up cilantro can be placed inside a tube where the water can pass through. The herb allows water to trickle out, while filtering out dangerous heavy metals. Another method involves placing dried cilantro in tea bags and into a water pitcher for a few minutes, allowing the herb to draw out toxins.37

Cilantro is a cool-season herb that reaches its full potential when sown either in spring or fall. Temperatures between 50 and 85 degrees F are the most ideal for this plant.38 Cilantro can also be grown in warm temperatures, but make sure to plant slow-bolt cilantro varieties like Santo and Marino39 since the plant may grow quickly once the temperature rises.40

Healthy soil is important when growing your cilantro. It thrives well in rich soils with pH levels of 6.2 to 6.8. Feel free to add organic matter to the soil too, since this is a fast-growing plant.41

Country Living Magazine notes that it’s best to grow cilantro plants using seeds. Sow the seeds one-fourth inch deep into the ground and leave a half-inch of space between plants. You may also try growing these plants indoors or in a pot, provided that they receive adequate sunlight and water.42

It takes 45 to 70 days after seeding for your cilantro plants to be ready for harvesting. Leaves that are 4 to 6 inches long can be snipped off and harveted.43 If you want a steady supply of cilantro, try planting small patches of the herb every two to four weeks throughout the growing season.44

Easy Cilantro Recipes You Should Try

If you haven’t used cilantro in any of your dishes yet, what are you waiting for? Purchase fresh cilantro leaves, ideally from an organic farmer. Organically grown cilantro may have better flavor and contain many vitamins and antioxidants, without the added risk of pesticides and chemicals.

Look for fresh cilantro with vibrant green leaves, without indicators of spoilage or yellow discoloration. Keep fresh stems in a glass of water, cover the opening loosely with a plastic bag and then refrigerate them. Fresh cilantro can last for a week in the refrigerator, and maybe even longer if you follow these storage tips:45

To prepare cilantro for cooking, make sure it has been thoroughly dried, and have a sharp ceramic knife ready. The book, “Rick Bayless Mexican Kitchen,” suggests the following steps for chopping cilantro:46

Avoid using a dull knife or over-chopping cilantro, as these can “bruise” the herb and cause its unique flavor to spill onto the chopping board. Ideally, try adding cilantro raw or near the end of the cooking process. This herb is very tender and has gentle leaves, so adding it last will retain cilantro’s delicate flavor and texture.47

Cilantro can hold its own ground in terms of flavor and does not need additional flavoring. Because of this, raw and fresh cilantro leaves make recipes like Sunflower Power Salad, Cabbage Crunch or Land and Sea Salad taste great.

Cilantro Essential Oil Could Be Helpful, Too

Before using or consuming cilantro essential oil, make sure to dilute it in a safe carrier oil like coconut or olive oil. Consult a physician and take an allergen patch test to see if your skin responds well to the oil. If you’re pregnant, nursing or have kidney issues, avoid using this essential oil since it may exacerbate certain conditions.50