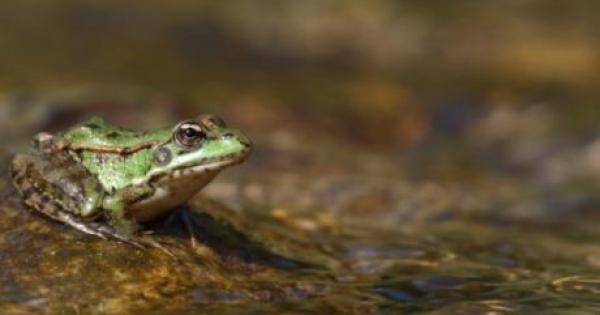 Do you think the CDC can tell you what to do? Many Americans seem to think so. Where in the world did this idea come from? Is it in the Constitution?

These past two years have seen Americans masked up, distancing from one another, asking for experimental injections, closing businesses, and interrupting kids’ educations…after we stocked up on toilet paper, anyway.

Who knew the CDC could determine whether someone gets evicted or how closely children could sit in a classroom? Or that OSHA could tell employers to demand vaccines, or else? Or that Medicaid and Medicare would stop paying facilities that don’t mandate experimental medical treatments?

The pandemic cases that have made it to SCOTUS have the top legal minds in our country asking a basic question about America: Who makes the law? If it sounds crazy that the Supreme Court of the United States would have to ask that at all, well… it is.

The good news is, these pandemic power grabs reminded millions of Americans who we are. We are remembering how to use what we already have to get back to the America we were meant to be.

So what have we learned from the last two years and how does that help us right now?

We woke up to the fact that agencies are treating Americans like boiling frogs. Unelected officials are making rules that affect our daily lives, our health, and the wellbeing of our children. We also learned we can say No, and the more we say No, the more they back down.

Governments assert power in three ways: telling us what we can or can’t do, policing people to follow those rules, and deciding what to do about it when people refuse. America’s founding fathers separated the powers into our legislative, executive, and judicial branches. When these powers combined it was “the very definition of tyranny.”[i]

There are many people in America who believe that agencies like the CDC, OSHA, CMS, and other agencies like FCC, EPA, and the Federal Reserve are modern day tyranny. But the people running these organizations are not elected. In many cases, they cannot be removed easily and their terms outlast the president who appointed them. Some of them report to the president, as members of the Cabinet, but others are independent and once created, operate without presidential oversight.

So which branch of government do these entities belong to? They’re making rules, enforcing them, and even prosecuting or fining people who don’t comply.

“The bottom line is that in today’s America, most binding rules comes from agencies (unelected) rather than elected lawmakers…. The average has been 27 rules for every law over the past decade.”[ii] The US Congress enacts hundreds of laws each year, but executive agencies publish thousands.[iii], [iv]

No one knows exactly how many agencies there are. Seriously. Government sources cite different numbers and even sometimes define agency differently. Agencies morph and merge and get added each year by legislation or executive decree. When our country started, there were four Departments under the president: War, State, Treasury, and the Attorney General. Over the years, more were slowly added.

How did we get to this point? Lawmakers are happy to create agencies who are “experts” at certain topics and delegate decision-making to these unelected “experts” who will make decisions that someone relying on campaign contributions would want to avoid. The presidential branch is happy to make agencies that make rules to consolidate power under that branch.

SCOTUS is Putting the Brakes on the Power Grabs

When SCOTUS told the White House that CDC had overstepped its authority by issuing an order to stop evictions, and OSHA could not mandate vaccines, the Court was doing its job protecting our Constitution and keeping powers separate. There are certain things that are so important in the lives of Americans, like housing and medical care, that SCOTUS rightfully pointed out an agency could not dictate those things without the explicit go-ahead from Congress. Issues like where we can live and what we put into our bodies are so fundamental they are “Major Questions” about how we live our lives. Courts presume our elected officials would not punt those questions to someone else. (The mandate for health workers was treated differently because the federal agency was directly involved by paying for healthcare and the case was treated like a contract dispute by the justices who said it was okay to mandate the shot.)

SCOTUS rulings right now are truly changing the course of history. For almost a century, the Supreme Court has let congress delegate duties to agencies, and let the president create new bureaucracy at will. In the 1930s, Franklin Delano Roosevelt’s New Deal programs faced massive legal challenges and were initially being blocked by a unanimous Supreme Court as unconstitutional transfers of power. However, Roosevelt sent his democratically controlled Congress a Judicial Reorganization bill that would have packed the court with an additional six justices. The message appeared to have been received, because New Deal programs suddenly started surviving legal challenge. This flip-flop on the constitutionality of executive overreach and shunting of responsibility by our eleted officials is known as the “the switch in time that saved nine.”

Our current Supreme Court bench is reversing the path to tyranny that was paved by New Deal policies.

Where Does That Leave Us?

We need to keep using our voices because it’s working!

The FDA and Pfizer had to hit pause on their plan to push Covid shots into our youngest and most vulnerable children because of an overwhelming outpouring of opposition.

In Missouri, health advocates stopped the confirmation of a Public Health Director who had undisclosed ties to a company pushing vaccine passports.

SCOTUS is holding the line when agencies with no ties to our communities try to tell us how to make choices in our daily lives.

The White House wants to place itself directly into our schools, our homes, our jobs, and our healthcare. But the people are saying No! Finally, the “misinformation” health advocates were sharing is now becoming mainstream news. The narrative is changing because truth was spoken to power and the truth will prevail.

This year is crucial for the future of our country and for our children. In this mid-term election year, the people WILL make their voices heard. Make sure you are registered and that you vote in your primaries.

The antidote to federal overreach into our communities is…a strong community. Get active with your neighbors. Talk to your lawmakers. Let them know what issues are important to you and your family. Let them know how you will vote. Educate them on health freedom and privacy issues if they aren’t up to speed. Creating local connections and health freedom allies is the best way to protect our families. This is why the federal government pushed the fear agenda with masks and separation and propaganda about asymptomatic spread–to separate us from our neighbors and make it easier to put their policies in our communities.

Remind your lawmakers that you call the shots on healthcare for yourself and your children by clicking below to send a pre-drafted or customized letter to your local elected officials.

Stand for Health Freedom (SHF) provides you with zero-barrier access to your lawmakers, other elected officials and persons of influence for the purpose of protecting your basic human and constitutional rights.  SHF is a place to stand for your First Amendment rights to freedom of speech, free press, and the free exercise of religion. It’s a place to stand up for your basic human right to voluntary, informed consent before any medical intervention and your inviolable right to bodily sovereignty. It’s a place to protect and stand firm in your privacy rights and a parent’s right and obligation to make the best possible health decisions for their children.