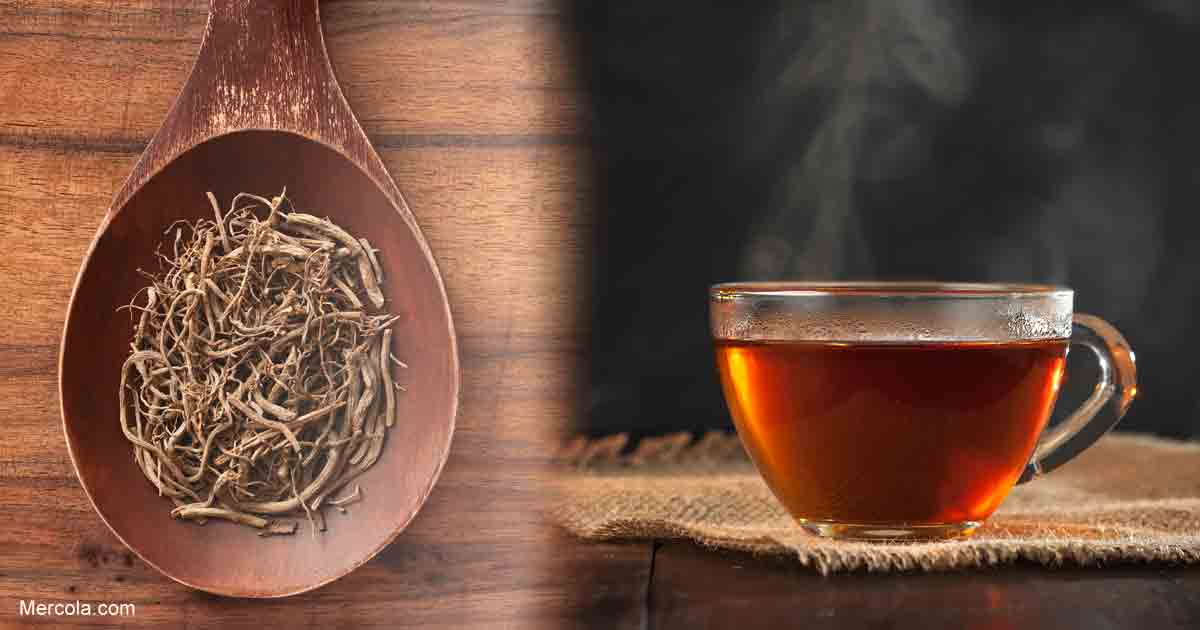 Valerian Root for Anxiety: Are There Any Side Effects? 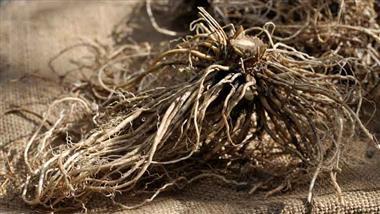 Valerian root (Valeriana officinalis), which was prominent as early as the time of the ancient Greeks,1 is one of the many herbs you can utilize if you’re experiencing sleep and anxiety-related problems. Learn more about valerian root today, including growing tips and side effects to watch out for.

What Is Valerian Root?

Valerian root, a perennial plant that’s a member of the Valerianaceae family, is also known by other names, such as garden heliotrope, setwall, Valerianae radix (Latin), Baldrianwurzel (German) or phu (Greek).2 Its origins can be traced to Europe and Asia, although you can now find it in North America. The valerian root plant can reach heights of 3 to 5 feet, and produces paired leaves and fragrant white or light pink flowers.3,4 The root itself, however, has an odor that most people deem unpleasant.

Out of the 250 known plants in the Valerianaceae family, V. officinalis is the most used variety in the U.S. and Europe. Valerian supplements are available nowadays, which are manufactured from dried valerian root extracts, or from the plant’s roots, rhizomes (underground stems) or stolons (horizontal stems). Dried valerian roots are also made into teas or tinctures.

Valerian root’s health benefits may stem from the interactions of materials in the plant, and not just because of a singular compound or group of compounds. According to the National Institutes of Health’s Office of Dietary Supplements, manufacturers often look for the following substances as a “standard” for classifying valerian root extracts:5

Valerian Root Benefits You Should Consider

If you’re having trouble sleeping or just want to improve your sleeping patterns, consider using valerian root since this is one of its main health benefits. This herb’s reputation as a sedative goes back about 2,000 years, as traditional medicine has highlighted valerian root’s capabilities to induce relaxation and sleep.6 These effects may occur because of compounds present in the plant, namely:

• Hesperidin and linarin — These are two antioxidants that possess sedative abilities.9,10

Modern studies support these claims. Results from a March 2000 Pharmacopsychiatry article showed that valerian root may assist in improving sleep-related parameters such as depth of sleep, speed of falling asleep and overall sleep quality.11

Valerian root is also known for its benefits in fighting anxiety. Studies have suggested that valerian root may help address generalized anxiety disorder or obsessive-compulsive disorder (OCD), whose main symptoms include anxious behaviors,18,19 and may aid in alleviating anxiety caused by stressful situations.20,21,22,23

Valerian Root Uses You Should Know About

The book “A Field Guide to Western Medicinal Plants and Herbs” highlights that valerian root can also be utilized as a nerve tonic and may assist in addressing headaches, irritability, depression or despondency.33 Valerian root extracts and essential oil are utilized to flavor foods and beverages, too.34

When growing valerian root, ensure that it is cultivated somewhere with access to sunlight and water, and is frequently exposed to light moisture.35 You may sow valerian root seeds during spring, when soil temperature is a bit warmer, or purchase plant seedlings or divisions. However, valerian root seedlings, which are quite slow-growing, may need increased protection from fast-growing weeds that can crowd out the tender plants.36

1. Take premoistened commercial potting mix and fill a planting tray or container. Avoid overwatering or increasing the plant’s moisture since it may inhibit seed germination.

2. Get valerian root seeds and sprinkle them lightly over the potting mix. Using your fingers, lightly push the seeds into the mix. Don’t cover valerian root seeds entirely, since they’re tiny and may not get enough sunlight if they are planted too deep.

3. Lightly spray the surface of the potting mixture with water to allow seeds to settle. With clear plastic, cover planting tray and place in a warm and sunny area. Just make sure that the tray isn’t directly exposed to sunlight, because there’s a possibility that it will heat the plastic and burn the seeds.

4. The seeds should be exposed to warm and humid conditions when they are covered with plastic to help them germinate. Constantly check the potting mix, and mist the soil if it feels dry.

5. Once valerian seedlings emerge from the soil, loosen the plastic. You can remove the plastic sheet entirely if the seedlings reach 1 to 2 inches tall. Take some of the healthiest seedlings to be repotted in a 3- or 4-inch container.

6. Just like during germination, place the valerian root seedlings in a sunny area. Should you have limited sunlight, use a grow light as a substitute.

7. Once the plants are too big for the containers, move them to larger pots with good drainage holes at the bottom. Always remember that the bottom of the valerian seed plant mustn’t be exposed to huge amounts of water.

Cut the flower stalks on the valerian root plant if you’re only growing them to get the roots. This helps the plant focus on root growth only and prevents it from seeding. If you allow the plant to retain flowers, they may self-sow quickly and will then be hard to remove from your backyard.39

The best times to harvest valerian root would be during the spring and fall, since this is when the roots’ medicinal compounds are most potent. You can harvest them by digging up the plant, along with the roots, and allowing the valerian root to dry in a dark, indoor location. While some people argue that freshly dug valerian roots smell like dirty socks, allotting some time for the roots to dry will help the odor dissipate.40

If you want to benefit from valerian root’s health-boosting properties, you can steep the roots and make tea, just like in this recipe:41

1. Pour the hot water onto the valerian root.

How to Store Valerian Root

Storing valerian root at home for future use is easy. Mother Earth Living suggests keeping it in airtight containers in a cool and dark place. Before storing, make sure the root is done drying and is quite crisp, and the best parts of the roots are cut off.42

What Are Valerian Root’s Side Effects?

While most studies have discovered that this root doesn’t trigger severe adverse side effects, you must still be cautious of how much valerian root you take.43 Headaches, stomachaches, irregular heartbeats, uneasiness,44 increased feelings of excitement and dilated pupils45 have all been linked to valerian root intake, especially when higher doses are taken. Daytime sleepiness is also a possible side effect.46

Valerian root may predispose a person to insomnia, and even withdrawal symptoms once consumption is stopped. Don’t take valerian root if you’ll be driving or operating heavy machinery, as it can affect your thinking and reaction abilities.47

Valerian root may negatively interact with alcohol and trigger drowsiness.48 It can interact with other herbs, supplements and medications such as narcotics, antidepressants and anti-seizure medicines, as well:49,50

If you have liver-related problems, consider avoiding valerian root or take it with extreme caution under the watchful eyes of a doctor.51 This plant has been linked to rare cases of liver injury.52,53 Pregnant or breastfeeding women, as well as children under 3 years old, must avoid valerian root as much as possible, because of the lack of assessment regarding the herb’s potential effects on them.54

Know the Ideal Valerian Root Dosage for Your Condition

When taking valerian root, I advise starting slowly — the smaller the dose, the better. Ideally, take the lowest dose of valerian root required for your particular condition. While some studies have used valerian root dosages between the 400- and 900-milligram (mg) range, taken 30 minutes to two hours before bedtime, American Family Physician recommends a root extract of 300 to 600 mg, or an equivalent dose of 2 to 3 grams of dried valerian root soaked in 1 cup of water for 10 to 15 minutes.55

As a reminder, avoid greatly increasing your valerian root intake all at once. Higher amounts may cause unwanted effects like sleeping difficulties, and may increase anxiety and energy levels. A 2006 Phytotherapy Research study revealed that an 1,800 mg dose of valerian root raised feelings of anxiety among the study subjects.56

As always, to fully determine how much valerian root you should be taking and to prevent adverse effects, consult your physician or a holistic nutrition specialist.

Despite its unpleasant odor, valerian root may be useful in addressing sleep-related concerns or anxiety. Valerian root’s uses in traditional medicinal practices prove that its health benefits have been well-known for hundreds of years and may be useful in this day and age too.

The challenge with using valerian root, however, lies in its availability. Unless you have the resources to grow your own plants, you’ll have to do extensive research to find a reputable seller who can provide you with high-quality valerian root. The same problem may occur if you plan to buy valerian root supplements, teas, tinctures or extracts.

Some of valerian root’s side effects may disrupt proper function and everyday routines, so avoid consuming excessive amounts of valerian root, and check with your doctor first on the right dosage for your condition.

Q: What does valerian root do?

A: Studies have shown valerian root’s potential in promoting better sleep, mainly because of substances such as valerenic acid, isovaleric acid, hesperidin and linarin found in the plant. Valerian root may also help ease headaches, heart palpitations, indigestions and gastrointestinal problems, as well as relax smooth muscles, and promote feelings of calmness.

A: Yes. Studies have also shown that valerian root may play a role in addressing anxiety disorders and decreasing anxiety triggered by stressful scenarios.

A: There are some side effects that have been linked to valerian root, so taking extra caution by consulting your physician before taking the herb is important. You may be predisposed to the following should you take high amounts of valerian root:

This herb may negatively interact with certain drugs and herbal supplements. The following groups of people should avoid intake of valerian root as well:

• People who need to drive or operate heavy machinery

Q: Where can you buy valerian root?

A: Valerian root and valerian root supplements may be purchased from health websites and retail sites, and even in some supermarkets. Make sure to do thorough research first before buying to ensure that you get a high-quality product made from real valerian root, and not a low-quality item that may cause more health problems.

The same principle applies to valerian root extracts or tinctures too and, as the book, “The New Healing Herbs,” reiterates, always follow instructions stated on the item’s label.57