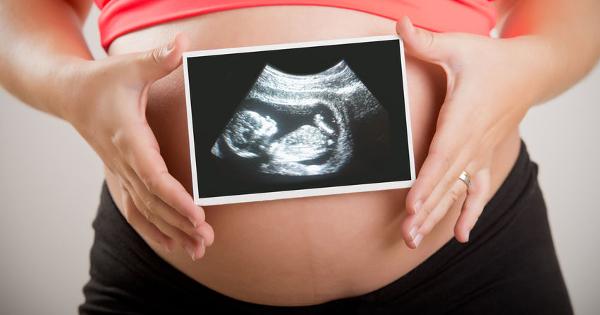 WASHINGTON — Scientists and politicians are clashing over the value of using “humanized mice” implanted with tissue harvested from aborted babies’ organs in ongoing federally funded research.

And so far, the federal government appears somewhat divided in where it sides on the controversial issue. While the Trump administration has taken some steps to rein in fetal-tissue research, on Dec. 13, National Institutes of Health Director Francis Collins asserted, “There is strong evidence that scientific benefits can come from fetal-tissue research, which can be done with an ethical framework.”

By contrast, a leading stem-cell researcher last week told a congressional hearing considering axing about $100 million in federal grants to scientists performing research with fetal remains that using tissue from aborted babies is “antiquated” and unnecessary.

“There is no scientific necessity for the continued taxpayer funding of fresh fetal tissue,” David Prentice, the vice president and research director for the Charlotte Lozier Institute, told a House Committee on Oversight and Government Reform Committee hearing. “Ample scientific alternatives exist, and modern alternatives have overtaken any need for fresh fetal tissue.”

Prentice said that “millions” of patients with cancer and other diseases have benefited from transplants using stem cells from alternative, “noncontroversial sources,” including umbilical cord blood and adult tissue, that have moved into mainstream medical practice.

“Beyond cancer, adult stem cells are also showing therapeutic promise for other diseases and conditions where there has previously been no available treatment option,” Prentice added.

A recent ground-breaking study showed promise in the treatment of stroke and the damage from traumatic brain injury, which showed “recovery of patients even years after the stroke event,” and the therapy has now moved into nationwide study.

Prentice described the case of Allison Carr, a multiple sclerosis patient whose doctors told her she would be completely disabled and on a feeding tube within five years. But she underwent an experimental infusion with her own adult stem cells.

“Allison is now out riding horses with her kids, living a full and active life,” Prentice told the committee.

He also cited one of the most dramatic reported cases of adult stem-cell therapy — a recent case in which a 7-year-old boy’s own healthy adult stem cells were used to treat a genetic condition that had caused 80% of his skin to slough off and fester with infection. German doctors genetically corrected his stem cells and grew a new skin layer, which, grafted onto the boy’s body, allowed him to grow his own new healthy skin.

A researcher representing scientists who currently rely on fresh fetal tissue insisted that unborn baby tissue is a “unique” experimental substance with no current replacement.

Sally Temple, the former president of the International Society for Stem Cell Research, said that fetal tissue is “absolutely essential” to create mouse models that mimic the human immune system.

“The need to develop models that have the most complete human immune system is essential for studying viruses such as Zika, such as HIV,” she told the congressional hearing. “Currently the best models are the ones that use fetal tissue.”

Fetal tissue is used to create a special breed of humanized mice called Hu-BLT, which refers to the bone marrow, liver and thymus tissue harvested from aborted babies, usually between 18- and 22-weeks gestation. The thymus is a small immune system organ that manufactures cells of the immune system.

These mice have been critical for the development of Truvada, said Temple, whose organization advocating fetal and embryo stem-cell work has received $6 million in federal funding over the past three years. Truvada is a “preventative” drug for healthy high-risk sexually active homosexual and bisexual men to prevent HIV transmission.

An uninterrupted supply of aborted baby tissue for experimentation is “absolutely critical” to the development of many new vaccines, Temple added. “The cell lines that are used to make vaccines are valuable, but in order to make the original prototype vaccine, that requires these humanized models in many cases. “

The cell lines she is referring to — MRC-5 and WI-38 — propagated from lung tissue of mature aborted fetuses, are used in the current manufacture of a number of routine vaccines, including those for measles, mumps and rubella (MMRV), diphtheria, tetanus, pertussis and polio, (DTaP-IPV), Hepatitis A and chickenpox.

The cell lines are controversial because they were drawn from aborted fetuses in the ’60s and ’70s. In a deposition taken this year, vaccine developer Stanley Plotkin described how more than 70 fetuses were harvested to obtain the cells for one cell line.

In 2005, the Pontifical Academy for Life responded to questions by concerned Catholic Debra Vinnedge, stating that the use of such vaccines, while “remote passive material cooperation to the abortion” and consequently morally permissible, nonetheless also mandate a “moral duty to continue to fight and to employ every lawful means in order to make life difficult for the pharmaceutical industries which act unscrupulously and unethically.”

Evidence now illustrates the ethical problem with vaccines derived from fetal cell lines may not be as remote as the 2005 statement concluded, however.

“We are not talking about the vaccine manufacturing in which fetal cell lines or other lines may be useful, but the original research upon which that was based depended on fetal-tissue research, and new vaccines do so,” Temple testified last week.

In their 2018 paper, University of Colorado scientists describe Hu-BLT mice as a “human surrogate model for future testing of vaccine and antiviral therapeutic candidates” for Zika virus.

A collaborative team from Princeton University, the Massachusetts Institute of Technology, Harvard Medical School and the University of Pennsylvania describe “human-like vaccine responses” to yellow-fever virus vaccine in humanized mice in their study published in the journal Nature earlier this year. The research was funded with a taxpayer grant from the National Institutes of Health and the Bill and Melinda Gates Foundation, among other funders.

The videos circulated internationally and sparked an uproar over the fetal-tissue trade, though little was accomplished under the Obama administration to rein it in.

Pro-lifers have had several wins in stemming the trade in the past two years, however. This September, the Department of Health and Human Services (HHS) canceled its contract with ABR, citing concerns the company was “not meeting applicable fetal-tissue regulations.” HHS subsequently initiated an audit regarding ABR’s human fetal-tissue acquisitions.

In addition, last December, two procurement companies related to each other, DV Biologics and DaVinci Biosciences, ceased operating in California and pleaded guilty to breaching state and federal laws prohibiting the purchase and sale of fetal tissue and were ordered to pay more than $7.7 million in value for the violations.

This September, the Trump administration reportedly told NIH HIV researchers to stop buying new human fetal tissue from ABR, which created a firestorm of backlash. However, STAT News reported last week that the NIH had also invited the researchers who “needed additional fetal tissue after September to notify ‘NIH leaders.’”

Concluding the committee hearing last week, chairman Rep. Mark Meadows, R-N.C., addressed Temple. “What my constituents have a problem with is using their tax dollars to buy baby brains and baby eyes to do research when they find it abhorrent,” he said. “Do you not see why we have this issue? You know we spent $25,000 on 30 pairs of eyes and 15 of those were past 20 weeks in gestation. Do you see the conundrum that we are in?”

Meadows concluded the meeting by asking Temple and the other witnesses to return to the committee in 30 days with three recommendations to look at research using non-aborted fetuses. “If there is a cost for us doing the moral thing, I’m willing to help with that,” he concluded.

The procurement and funding of aborted fetal-tissue research is threatened, but for now it continues, and with the support of NIH Director Collins. But his Dec. 13 remarks supporting such research were criticized strongly by pro-life leaders, who said his position undermined the desire of the Trump administration to bring it to a halt.

The comments from Collins “put him at odds with HHS and the whole Trump administration in the audit process and begs the question of whether anything can truly change while he’s in charge at NIH,” Marjorie Dannenfelser, president of the Susan B. Anthony List, said in a statement.

“We urge HHS to correct his comments, which are dramatically out of step both with President Trump and the pro-life voters who elected him.”

“Millions of pro-life Americans find such research morally offensive and do not want their tax dollars to be used to pay for it,” Schleppenbach said. “Researchers have demonstrated the ability to both pursue excellence in research and to avoid violating the rights and dignity of nascent human beings. Dr. Collins can and should lead the NIH in a way that honors both ends, incentivizing research that all Americans can support.”

Learn more on the topic by reading:

The Ultimate Hypocrisy: Pro-Vaccine and Pro-Life

Celeste McGovern is an award-winning independent journalist in Scotland. She reports on medical news, drug scandals, alternative health and more at https://www.facebook.com/ghostshipmedia/.

If Vaccines Injure Pregnant Women or Their Unborn Babies, What Will the Vaccine Court Do?