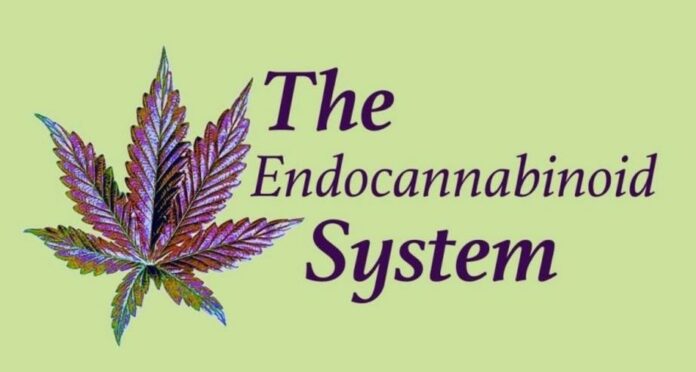 The endocannabinoid system: why we should tell the world about it

Did you know your body has an endocannabinoid system? A year ago I didn’t either.

I’m no doctor, but I thought I was familiar with the key biological systems in the body. Turns out though, I was wrong. That’s because unless you’re a research scientist or work in the field of medical cannabis, it’s unlikely you’ll ever have been told about the endocannabinoid system. And yet, it has been hailed as “the most important physiologic system involved in establishing and maintaining human health.”

Why do so few people know about the endocannabinoid system?

So what’s the big mystery? Well, it might have something to do with how the endocannabinoid system (ECS) was discovered. Back in the 1990s scientists were trying to understand how THC, the psychoactive substance in the cannabis plant, elicits its effect on the body. What they uncovered was a complex network of receptors (CB1) in the brain and central nervous system that were a perfect fit for the THC molecule.

Soon after another type of receptor (CB2) was discovered in the immune system, gut and many of the body’s major organs. But that was only part of the puzzle. The hunt was on to find out whether the body produced its own cannabis-like chemicals, and with the identification of the first endocannabinoid Anandamide, they had their answer.

What does the endocannabinoid system do?

What scientists have realised is that the endocannabinoid system fine-tunes most of our vital physiological functions, bringing balance to everything from sleep, appetite, pain, inflammation, memory, mood and even reproduction. So in basic terms, it’s like a conductor of an orchestra, ensuring that no one section is drowning out the other, with the end result a perfectly harmonised symphony between body and mind.

Sounds like pretty important work, right? Well, you’d be right. That’s why it’s vital that the ECS becomes as much part of everyday parlance as the immune system. So to get the ball rolling, here are 8 fascinating facts about the totally awesome endocannabinoid system.

1. Humans aren’t alone in having an ECS

As humans beings we’re not special for having an ECS. Not only is the endocannabinoid system found in all vertebrates, but scientists also discovered cannabinoid receptors in non-vertebrate sea-squirts, suggesting an evolutionary process dating back 600 million years ago.

2. CB1 receptors are the most abundant neurotransmitter receptors in the brain

Most of us have heard of neurotransmitters – they’re the chemicals that communicate information throughout the brain and body. Serotonin and dopamine are perhaps the most well known examples, but it’s the endocannabinoid Anandamide, also classed as a neurotransmitter, that has the most receptors in the brain.

Most neurotransmitters communicate in one direction: from the signaling neuron to the postsynoptic neuron. But in the endocannabinoid system, it works in the opposite direction, which is called retrograde signaling. This means that if a receptor is being over- or under-stimulated, it signals backwards across the synapse telling the signaling neuron to change its behaviour, creating a kind of feedback loop. So in effect, rather than distributing information like other neurotransmitters, it acts like a kind of dimmer switch, turning activity up or down in order to return the body to homeostasis.

4. Increased endocannabinoid system activity has been noted in many diseases

As the endocannabinoid system’s modus operandi is to bring balance to the body, it’s no surprise then that scientists have observed elevated ECS activity in a number of illnesses. Everything from neurodegenerative diseases such as Alzheimer’s and Parkinson’s, to rheumatoid arthritis and cancer, have shown changes in endocannabinoid levels and greater receptor expression. The conclusion that has been most widely reached is that this increased activity denotes the ECS trying to fulfil its role of returning the body to equilibrium again.

5. ‘Endocannabinoid System Deficiency’ may be a cause of some illnesses

But what happens if the ECS becomes depleted? Scientists have observed how in certain conditions associated with oversensitivity to pain such as migraines, fibromyalgia and IBS, the ECS appears to have become weakened. The theory is known as Clinical Endocannabinoid Deficiency, with the corollary being that by supplementing the body with compounds from the cannabis plant, this deficiency can be corrected and the symptoms improved.

6. The ECS explains why medicinal cannabis has a therapeutic effect

Prior to 20th century prohibition, cannabis had been used for thousands of years to treat a whole host of ailments from epilepsy, headaches, arthritis, pain, depression and nausea. Back then nobody knew why the plant showed such therapeutic versatility. The discovery of the endocannabinoid system soon shone new light onto the medicinal effects of cannabis. Sadly, this has coincided with a time when the vast majority of the population have been precluded from accessing it.

According to Dustin Sulak, a leading medical cannabis expert:

7. You don’t have to break the law to give your endocannabinoid system a boost

Currently, medical cannabis-friendly countries are in the minority across the planet. So what can you do if can’t legally access the plant? Well, you could consider trying CBD, a non-psychoactive compound in the cannabis plant, that has a whole host of health benefits such as reducing inflammation, calming feelings of anxiety, and even lowering the frequency of epileptic seizures. CBD is normally extracted from cannabis plants with less than 0.2% THC, commonly referred to as hemp or industrial hemp, allowing it to be bought legally in most countries worldwide.

Another option is to peel yourself off the sofa and get moving. Scientists have found that prolonged aerobic exercise increases levels of the feel-good endocannabinoid, Anandamide.

Diet is also a useful target. Increasing Omega 3 found in oily fish or healthy seeds like flax or hemp, can help support endocannabinoid brain signalling. Leafy green vegetables are also thought to stimulate the ECS as they contain beta-caryophyllene which activates the CB2 receptor.

8. Most doctors know very little about the endocannabinoid system

With the ECS playing such a central role in our health, you would think that any self respecting member of the medical profession would have some knowledge of its existence. But in mainstream medicine, the endocannabinoid system remains rather a pariah.

In 2013 a survey was conducted asking medical school in the United States whether the ECS formed part of their curriculum. The authors found that only “13% teach the endocannabinoid system to future doctors.”

A lot can change in four years, and while in some European countries such as the UK and Spain the ECS does make it onto some medical school syllabuses, it cannot be denied that the majority of professionals in charge of our healthcare remain very much in the dark.

So now you’re endocannabinoid savvy, there’s no turning back. Join me and start spreading the word to all that will listen. It’s time that the ECS is given the attention it deserves both by our healthcare providers and the public at large. If like me you feel moved to take action, why not start by speaking to your doctor? Have they heard of the endocannabinoid system? You never know, perhaps you are the very person to inform them.

Mary Biles is a British freelance writer, blogger and wandering spirit, mostly based in the Andalusian capital of Seville, Southern Spain. She is passionate about the healing potential of plants, in particular cannabis and is currently guest blogger for CBD oil innovators Endoca.