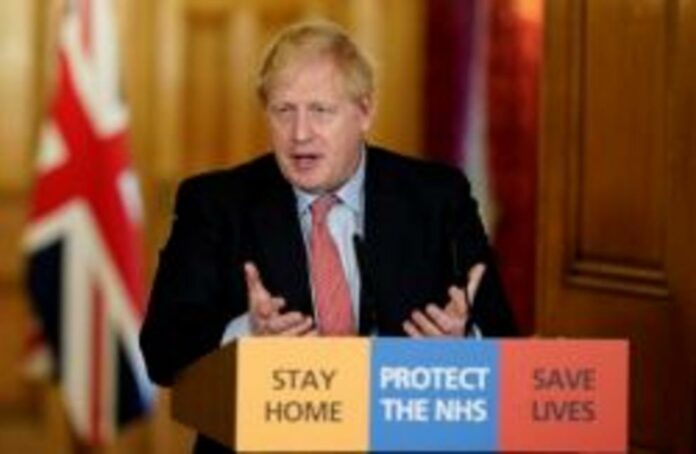 The British Government, the World Health Organization and the Global Coup of 2020

In March 2020 the British Government decided to impose lockdown on the determination of the WHO against the advice of its own medical experts – the experts then followed the policy, subordinating their judgment to the outside agency. These events anticipated the WHO’s recent and continuing attempts to formalise global supremacy in health, and demonstrates the arbitrariness and chaos which will inevitably follow

I am trying to understand the events of March 2020 in the light of an answer to a recent Freedom of Information Request. Why and how was it that four days before lockdown was imposed on March 23 the four Chief Medical Officers of the United Kingdom posted a notice on-line announcing that COVID-19 had been downgraded from the status of High Consequence Infectious Disease (HCID).

This peculiar event has not gone entirely un-noticed but has never really been explained. Before this point the disease named in the document  as COVID-19 (rather than  identified as virus SARS-CoV-2) – was a “high consequence infectious disease”, while almost at the very instant our lives, and everyone’s,  were to be irrevocably pitched into turmoil with the denial of civil liberties and most basic human rights, untold economic destruction and chaos, it was no longer so designated.

If the disease was no longer “high consequence” there could be absolutely no reason for this high level and prolonged disruption, and yet it was at this precise moment that the inevitability of lockdown started to be promoted, only to be confirmed four days later. But according to the CMOs’ reckoning at no point in the past two and a quarter years, whatever actions they took to restrict our lives or coerce us to accept injections of novel products, has the disease been “high consequence”.

This anomaly cannot I believe be stressed enough: my FOI request produced no new documents but the Department of Health and Social Care drew my attention to a Parliamentary answer by Jo Churchill on November 6,  2020 to Conservative MP John Redwood (submitted fully 5 and a half weeks before on September 28):

The four nations public health high consequence infectious disease (HCID) group made an interim recommendation in January 2020 to classify COVID-19 as an HCID, based on the information that was available during the very early stages of the outbreak.

Once more was known about COVID-19, United Kingdom public health bodies reviewed the available information against the HCID criteria and noted certain changes. These changes included the increase in information available about mortality rates, which are low overall amongst the general population; greater clinical awareness; and the availability of a specific and sensitive laboratory test for the virus.

COVID-19 has not been considered a HCID in the UK since 19 March 2020, but this reclassification has not affected the Government’s response to COVID-19, which remains a comprehensive national effort.

So, the junior minister, Jo Churchill, confirmed that decision was made with due consideration and not because of some expedience: this remained the case on November 6, 2020, and remains the case today because whatever the CMOs have said subsequently to the public, notably government Chief Medical Officer Sir Chris Whitty they have not updated this statement.

With this in mind let us go back and look at what was said in the statement of March 19, 2020 :it may be one of those occasions when British government documents are more revealing than most.

As of 19 March 2020, COVID-19 is no longer considered to be a high consequence infectious disease (HCID) in the UK. There are many diseases which can cause serious illness which are not classified as HCIDs.

The 4 nations public health HCID group made an interim recommendation in January 2020 to classify COVID-19 as an HCID. This was based on consideration of the UK HCID criteria about the virus and the disease with information available during the early stages of the outbreak. Now that more is known about COVID-19, the public health bodies in the UK have reviewed the most up to date information about COVID-19 against the UK HCID criteria. They have determined that several features have now changed; in particular, more information is available about mortality rates (low overall), and there is now greater clinical awareness and a specific and sensitive laboratory test, the availability of which continues to increase.

The Advisory Committee on Dangerous Pathogens (ACDP) is also of the opinion that COVID-19 should no longer be classified as an HCID.

They have recorded their expert view for all time this is an infection without implications for health and government policy (it doesn’t have “high consequence”). So, I think it is the next bit we need to look at to explain what happened:

The World Health Organization (WHO) continues to consider COVID-19 as a Public Health Emergency of International Concern (PHEIC), therefore the need to have a national, coordinated response remains and this is being met by the government’s COVID-19 response.

What they are manifestly saying is that government is not following the advice of  relatively sensible (or once sensible) British health officials but the World Health Organization, and WHO is telling the British health officials what to do as a matter of government policy. In this regard the WHO’s most recent attempt to impose its official authority over governments – and particularly Western governments – in May 2022 already seemed to be the de facto reality in early 2020: everything was coming from the network of global organisations – WHO, UN, WEF all closely linked – and the corporate interests, notably the ventures of Bill Gates, GAVI, CEPI etc. they represented as part of a wider project of domination. It is a very interesting question why a country with huge medical and scientific resources, inordinate if languishing expertise of its own should defer to an organisation with a vastly flawed history: while everybody either kowtowed like Whitty, or was brutally swept aside. It seems as if the decision to scuttle our heritage had already been taken by humanly disengaged politicians.

For lazy, cowardly politicians – of which there are many –  it may seem like a clever option to defer to authority – it protects them from making responsible decisions themselves, but unfortunately it is simply a gimmick, opening the country to brutal corporate exploitation rather than traditional clinical wisdom. The lunacy of the new science could not be better represented the UK’s new and disreputable partnership with the Gates/WEF/Wellcome creation CEPI  to bring emergency mRNA injections to the market without any testing in future in 100 days. We can know nothing useful about the effectiveness and safety of such products in such a time space, and this is simply devoid of the most basic common sense which we should at least be able to expect from the people we elect.

Finally, so sad also to see the British monarchy get sucked into this folly, which people might have thought outside their brief.