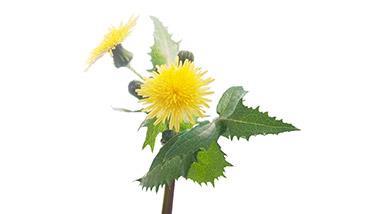 Weeds are a common sight in gardens, fields and lawns. Most gardeners and farmers consider them troublesome, as weeds compete for resources such as space, water, light and soil nutrients that should go to the plants you want to grow.1

However, not all weeds are the same — some of them may actually be beneficial to your health. This applies to sow thistle, a common plant native to Europe, North Africa and West Asia, but can now found around the world.2 Take a look and see why you should plant sow thistle in your yard.

What is sow thistle and how can you identify it?

Sow thistle (Sonchus) refers to a group of plants belonging to the daisy (Asteraceae) family, and many species fall under the Sonchus branch, most notably the common sow thistle (Sonchus oleraceus).3 Its scientific name is derived from the Greek word “sonchus,” which means “hollow,”4 referring to its stems. The word “oleraceus,” on the other hand, roughly translates to “edible” in Latin.5

The common sow thistle plant can grow up to 40 to 150 centimeters (15 to 59 inches) tall, with an upright taproot possessing many branches.6 Since it is classified as a weed, it can grow almost anywhere there is soil, such as roadsides and fields.7 Another distinguishing feature of sow thistle is its stem, which produces a milky sap when snipped.8

The plant blooms yellow flowers that are 5 to 6 millimeters (0.20 to 0.24 inches) long. An interesting characteristic of these flowers is that they only open during the morning.9

The potential benefits of sow thistle are few but noteworthy

Despite being classified as a weed, sow thistle manages to break this stereotype, as it may actually benefit your health. An analysis indicates that common sow thistle contains a variety of minerals, namely:10

Furthermore, sow thistle contains vitamin C (up to 779 milligrams) and essential fatty acids. Another notable asset of sow thistle is its high carotenoid content,11 which may help reduce the risk of eye disease.12

Published studies suggest that sow thistle may possess health benefits that may work to your advantage, including:

How to grow sow thistle in your own home

Sow thistle seeds are hardy and can survive for a long time. A report from Garden Organic (formerly the Henry Doubleday Research Association) notes that 150-year-old sow thistle seeds recovered from excavations have been reported to still be viable for germination.18

Before you start growing sow thistle, you must be prepared to monitor it constantly, or else it may overrun your garden. A single sow thistle plant can contain up to 25,000 seeds that can easily disperse through the wind, but the majority of them only end up 2 to 3 meters (6 to 9 feet) away from the parent plant.19

Since sow thistle is a type of weed, it can grow in most habitats without any problem at all.20 The real challenge is to control it while growing, especially after significant rainfall events at any time of the year, which is when sow thistle tends to germinate abundantly.21 Be sure to harvest during early spring to mid-summer, as the leaves become more bitter until autumn arrives.22

Should you be concerned with eating sow thistle?

While studies show that sow thistle can potentially benefit your health, you should adhere to eating it moderately. Researchers note that common sow thistle contains oxalic acid,23 a naturally occurring compound found in many plants (typically referred as oxalate), as a risk factor of stone formation in your kidneys.24

If you haven’t tasted sow thistle before, you can try this salsa recipe adapted from Eatweeds. It incorporates the leaves of the plant, giving your regular salsa a different taste that you may enjoy:25

Go ahead: Grow sow thistle in your garden today

It can be easy for you to grow sow thistle in your yard as it tolerates most soil conditions and climates. However, you must be vigilant when planting this in your garden, as it can quickly overgrow your space. In the end, the benefits may be worth the effort, as you have immediate access to antioxidants, vitamins and minerals at your disposal.