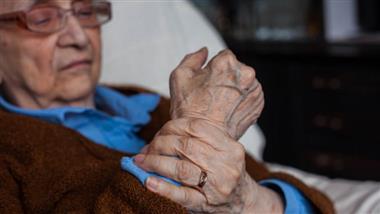 Did you know that prior to the production of synthetic and chemical-based dyes, people relied on plants, including herbs and spices, to give fabrics their vibrant colors? One of the plants that were popularly grown for this purpose is rubia cordifolia. It was used in Asia and exported in large quantities to other areas of the globe. It’s planted as an ornamental climber as well.1

But there’s more to rubia cordifolia than just being a dye-producing and ornamental plant. It holds a place in both Indian Ayurvedic practice and Traditional Chinese Medicine (TCM) for helping heal various conditions, such as skin diseases, inflammation and more.2

This article will discuss everything you should know about rubia cordifolia — its uses, benefits and why this plant is highly valued by many holistic experts.

What is rubia cordifolia?

A perennial climbing plant that can grow up to 12 meters long (39 feet),3 rubia cordifolia is native to numerous parts of Asia, Europe and Africa,4 and belongs to the coffee plant family Rubiaceae, which is a species of flowering plants.5

Also known by names like Manjishta, Manjetti, Bhedeli, Chovvallikkodi and Poovathu,6 it’s often found thriving near rivers and streams that run through evergreen forests. This herb is prickly, with rough but slender stems, greenish white flowers and shiny black (when ripe) fruits. Its leaves are seen in whorls of four.7

In China, rubia cordifolia is commonly seen thriving in upland forests,8 which are damp and wet, as well as in grasslands and forest margins.9 There are about 70 species distributed worldwide, and with 36 species and two varieties in China.10 The rubia cordifolia plants growing in this country have different variations, particularly in terms of the number and size of the leaves, the color of their fruits and the flower shape.11

If you plan on growing this plant, remember that it’s best to sow seeds once it’s ripe. Do not store it, as it can be slow to germinate. You can use cutting and micropropagation to grow it as well. Plant rubia cordifolia in a place with light shade.12

From textile to table: The many uses of rubia cordifolia

Despite its simple appearance, rubia cordifolia is a very versatile plant with a variety of applications. As mentioned, it’s valued as a coloring agent, and is added to medicated oils in India. Many Asian countries use the powdered root as a natural dye, giving cotton and fabrics shades of brown, red and mauve.13

In Indonesia, rubia cordifolia leaves are eaten as a side dish, along with rice. The fruits are also edible and eaten fresh. The Javanese enjoy it as an ingredient in “lalab,” a vegetable salad served with a hot paste called “sambal.”14 In Tanzania, the stems and leaves are burnt, and the ashes are used as a cooking “salt” that’s added to vegetables to tenderize them.15

It should be no surprise that rubia cordifolia has impressive healing benefits — it’s been found to contain a wide array of bioactive compounds like anthraquinones, glycosides and carboxylic acids like citric, rosmarinic and malic acids. The roots contain munjistin and pseudopurpurin, as well as purpurin, which is known for its antigenotoxic properties.

Rubia cordifolia’s wide array of healing elements may all account for the numerous health benefits linked to it. In Ayurvedic medicine, it has been used for conditions such as:17

In TCM, rubia cordifolia is known as Radix rubiae. Also called Qiancao,18 this is the dry root and rhizome of Rubia cordifolia collected during springtime and autumn.19 This popular Chinese herbal medicine is even listed in the Chinese Pharmacopeia,20 and is said to help alleviate a wide range of health issues, like arthritis, dysmenorrhea and nose bleeds.21

The aerial parts of the rubia cordifolia plant, particularly the leaves and stems, are used to help ease diarrhea among children in the Hanzhong city of Shaanxi.22 A 2009 study in Separation Science and Technology says this herb has also been used for centuries to help relieve joint inflammation, alleviate cough, and ease uteritis (inflammation of the womb) and uterine hemorrhage.23

A 2011 review published in the International Journal of Drug Development and Research further enumerates the potential abilities of this herb. According to the report, rubia cordifolia:24

One of the most popular uses for rubia cordifolia is for skin health. The powdered root can be mixed with a small amount of honey and applied to skin areas that have been injured or damaged by infection to facilitate tissue healing. When mixed with ghee and topically applied, the powder may help ease acne.25 The Vanraji tribes of the Kumaun Himalayas were also reported to rub the pulp of the entire plant, along with honey, onto acne and dark spots.26

Another skin condition that may benefit from rubia cordifolia is psoriasis, which is associated with abnormal differentiation and hyperproliferation of keratinocytes. A 2010 study published in Phytotherapy Research found that topical application of an extract made with Radix Rubiae has a “keratinocyte differentiation-inducing activity” on mice subjects, making it a “promising anti-psoriatic agent.”27

The antiviral effects of rubia cordifolia have been highlighted in a 2016 study, particularly against rotavirus, which is the most common diarrhea-causing pathogen in children worldwide.28 Published in Frontiers in Pharmacology journal, the study notes that an extract made from the leaves and stems of rubia cordifolia “effectively inhibited rotavirus multiplication by promoting virus-induced apoptosis in MA-104 cells.”29

Rubia cordifolia may even have heart-protective benefits, according to a 2013 study in the International Journal of Drug Development and Research. The researchers noted that:30

“Rubia cordifolia, known for its antioxidant, anti-inflammatory and potent blood purifier activities, can play an important role to detoxify ischemia induced free radical generation. Diuretic activity of Rubia cordifolia could be an alternative therapy in the management of congestive heart failure (CHF) for rapid mobilization of edema fluid.”

Are there side effects from rubia cordifolia?

The benefits of rubia cordifolia can be enticing, but before deciding to take it, I suggest consulting your physician to confirm if this herb is safe for you, along with the proper dosage. Do not confuse rubia cordifolia with Rubia tinctorum, also known as madder — this is a completely different herb that’s unsafe for oral intake, and is known to have cancer-causing components.31

Rubia cordifolia is not recommended for pregnant or nursing women. Do not give it to young children unless agreed upon by a healthcare expert. It’s additionally not recommended for people with kidney or liver disease.32 There’s evidence that it can strongly suppress the secretion of hepatitis B surface antigen,33 so people who are being treated for hepatitis B must not take this herbal remedy, unless approved by their doctor.

The healing powers of copper