Paprika: Spice Up Your Meals and Your Health With This Extraordinary Seasoning 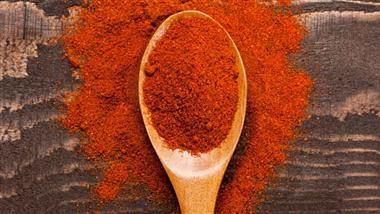 Peppers are highly appreciated in many cuisines for their many benefits and uses. They’re one of the most common cooking ingredients used around the world, mainly because of the flavor they add to dishes. These spices can be used fresh or dried, and come in powdered form – one example of which is paprika.

Whether it’s for seasoning or garnishing, paprika has cemented itself as one of today’s most well-loved spices. Discover just what paprika spice can offer for your health, plus get tips on how to use it for cooking.

Paprika is a spice made from grounding up different varieties of Capsicum annuum peppers — these can include sweet bell peppers, hot red and/or peppers and other varieties in between.1 Although some websites might beg to differ, according to The Kitchn, it’s the fourth most-used spice around the world.2

Paprika is widely used in different cuisines, such as Bulgarian, Spanish and Moroccan, with each one having its own distinct type of paprika.3 However, Hungary stands out among all these cuisines — their climate is favorable for growing high-quality paprika, which is why Hungarian paprika is one of the finest quality spices today.4

But is paprika spicy? It depends on the variety of paprika and the type of peppers used to make it. For example, Hungarian paprika is known as the “hot” variety, adding a spicy and peppery flavor to any dish.5 American paprika, on the other hand, can be both sweet and mildly pungent. In the U.S., California and Texas are the largest suppliers of this spice.6

Some people complain on occasion that the paprika they bought is tasteless. The secret to this spice actually lies in the cooking process — you need to heat it to unlock its natural flavor.7 Try cooking it with a little coconut oil or butter over low heat for a minute.8 You can also add it at the end of the cooking process and you’ll get the deep, sweet-spicy and earthy aroma and taste.9

Adding a dash (or two) of paprika to your meals can, surprisingly, offer advantages to your health, including some essential vitamins and minerals, carotenoids and antioxidants10 that can deliver many benefits to your body. Here are some of those benefits:

Lutein and zeaxanthin in particular are essential for preventing age-related macular degeneration and cataracts.13 Other nutrients include cryptoxanthin and beta-carotene, which are converted into vitamin A,14 which works in the retina to preserve eyesight15 and is also known for helping improve the appearance of aging skin.16

• Paprika may help promote blood formation and healthy circulation — The copper and iron in paprika are essential for the formation of new blood cells.17 The potassium in this spice can also act as a vasodilator, and may help reduce the risk of heart attack, stroke and atherosclerosis.18

• You may improve your sleep with paprika — The vitamin B6 in paprika may promote melatonin production19 and enhance your levels of norepinephrine and serotonin, hormones that are linked to mood and happiness.20

• This spice may even help heal wounds — The vitamin E in paprika can aid in red blood cell production and even in forming clots to promote faster healing of cuts, scrapes and wounds.21

• May help relieve pain — Capsaicin, the active ingredient in peppers that gives them their spiciness, can relax blood vessels22 and relieve pain. It’s even used in topical creams.23

If you want to have paprika on hand, you can opt to grow your own paprika instead of buying the ready-to-use paprika powders in groceries. According to Gardening Know How, paprika’s growing requirements are similar to other pepper varieties. They prefer fertile, well-draining soil and thrive best in a sunny area.

You can grow paprika from seed, directly in soil — this is recommended for warm climates. If you live in a cold place plant them indoors in pots first. Peppers are sensitive to cold weather.

When transferring potted peppers outdoors, make sure to put 12 inches in between each plant, in rows that are 3 feet apart. You can harvest the peppers anytime between summer and fall. When they’ve turned a bright red, that’s a sign that they’re ready for harvesting.

To dry the peppers, place them in a mesh bag and hang them in your attic or a room that reaches around 130 to 150 degrees F. You can also use a commercial dehydrator. Once 85% of the pod’s weight has been lost, the paprika can be ground into a powder.24

How to Store Paprika and Prolong Its Shelf Life

Like other ground spices, paprika loses its flavor and potency after some time. The Spruce recommends using paprika within six months to maximize its taste and aroma.

Paprika Uses: One of the Most Versatile Kitchen Ingredients Out There

Many people are only familiar with paprika because it’s usually added as a garnish to dishes. Hummus looks fancy and presentable with a dash of red paprika. The same goes for deviled eggs. Paprika adds a red tint to sauces, stews and meats, too.

But don’t limit yourself to these uses. Paprika is a versatile spice that can bring new depths to your favorite meals. Here are some of the uses of paprika around the world:

One important tip when cooking with paprika: Avoid burning it. Even accidentally leaving it for a few seconds over heat will make it bitter and unpalatable, so make sure to pay attention when using it. Ideally, paprika should be lightly cooked, fried in a little coconut oil or added at the end of the cooking process so it will release its enticing aroma and flavor.30

Paprika Recipes You Can Try

Paprika goes well in many marinades and sauces, and it can certainly complement meats and different types of produce. Here are a couple of delicious recipes you can try:

Tip: Don’t forget that you are in charge of the spiciness level. If you’d like it a little spicier, add more ground cayenne and jalapeno. If you’d like it less spicy, omit the jalapeno and reduce the amount of cayenne you’re adding to the dish.

If you don’t have paprika powder on hand, don’t worry: You can simply substitute with other spices. Cajun spice, made from a blend of cayenne, black and white peppers, is a wonderful paprika substitute, especially since it’s not as spicy as cayenne.32 Ground cayenne pepper and black pepper powder can both work as substitutes for paprika as well, but you have to take note of the quantities.33

Paprika Oil: Another Great Way to Enjoy This Spice

If you want to preserve the flavor of paprika and ensure that it’s always on hand, you can simply make paprika oil. Here’s a simple technique from Food.com to make paprika oil:34

Paprika is one of the most versatile spices out there, so don’t just use it for decoration! Explore its potential by using it in your favorite recipes. You’ll never know, this may become your new favorite spice.