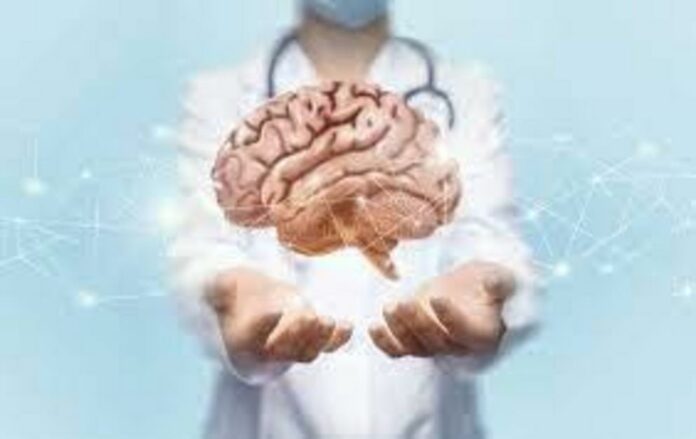 I’m an expert neurohacker: this is how to upgrade your brain in 15 minutes a day

According to neurohacker and MIT and Harvard-trained brain researcher Elizabeth Ricker, author of Smarter Tomorrow, the journey to optimal brain health is not a paved road but a ladder: Imagine the very best version of your brain is waiting for you on the other side of a tall fence and the only way to grasp it is by climbing over to the other side. The question becomes: How do you hurl yourself over this fence? “The answer is you climb one rung of the ladder at a time,” she says on this episode of the mindbodygreen podcast.

Point being: To upgrade your brain and maintain its health, the best plan of action is to take it slow, optimizing each step. That’s why Ricker declares just 15 minutes of work per day can do the trick—with the right intention and research-backed remedies, she says you can train your brain for the long haul.

So, let’s dive into the work: Below, Ricker breaks down the four steps of what she deems the “neurohacker’s ladder,” F-S-T-R. She explains further, “F is for focus, S is for select, T is for train, and R is for reflect.”

“Focus is for picking a mental target and focusing on what aspect of your mental performance you actually want to improve,” says Ricker. You see, there are tons of subsets that fall under optimal mental health: IQ, learning and memory, creativity, etc. You can’t exactly target them all in one fell swoop—that would be way too overwhelming, says Ricker.

“You can’t improve everything at once,” she continues. What’s more, if you do manage to incorporate multiple interventions at once, you don’t know which intervention actually helped. “What I recommend, since I’m only talking about 15 minutes a day, is to just pick a single mental target that you’re trying to improve, a main intervention that you’re trying to work on,” Ricker says. For example, let’s say you want to focus on creativity—keep this mental ability in mind as you move along to the next rung.

After you hone your focus, the next step is to select your intervention. To continue with the creativity example, let’s say you’ve decided to select exercise as your intervention. Get specific, says Ricker: “[For example], you want to test whether taking a nice stroll outside or doing a HIIT exercise is going to be better for your creativity,” she offers. (In case you’re curious: Research has associated HIIT with enhanced creativity and emotional intelligence, and a Stanford study found long walks outdoors were linked to creative thinking.)

“Pick a protocol that says, ‘I’m going to work on this particular intervention,'” says Ricker. And if sifting through the research sounds a bit too time-consuming, Ricker does the work for you, offering tons of research-backed interventions in her book.

OK, so you’ve focused on the mental ability you want to work on, and you’ve selected the protocol you want to test. “Now, the next few weeks are actually doing the thing,” says Ricker. “You run these experiments on yourself every single day, just 15 minutes a day. You have a particular thing that you’re doing, and that’s your training period.”

For example, if you’re trying to enhance your creativity and testing whether HIIT exercise will help, make sure to implement 15 minutes of HIIT exercise every single day for your training period (Ricker suggests a 12-week program as a good timeframe to track any benefits).

After your training period, the final step is to reflect. You’ve stopped the intervention, and now you’re testing to see whether your protocol had any effect on your chosen mental ability. “Part of how we understand whether something has worked is to remove the intervention and [say], ‘All right, well, are you better? Is it working?'” says Ricker. “Look back at your data [and] see where you are in your life.”

So, to circle back to our example: Is your creativity better than it was before? If so, great! If not, you may want to select a new intervention and start the process anew. Be patient: “You start again, you do a new self-experiment, and the adventure begins again.”

By spending time on each of these steps, Ricker says you can isolate your mental health goal and eventually upgrade to the best version of your brain. “Hopefully all of this has worked beautifully, and you’re over the ladder,” she says. “But if you’re not, then it’s fine.” There are myriad ways to practice self-experimentation, after all—over time you’ll find the intervention that works like a charm.

Jason Wachob is the Founder and Co-CEO of mindbodygreen and the author of Wellth. He has been featured in the New York Times, Entrepreneur, Fast Company, and Vogue, and has a B.A. in history from Columbia University, where he played varsity basketball for four years.