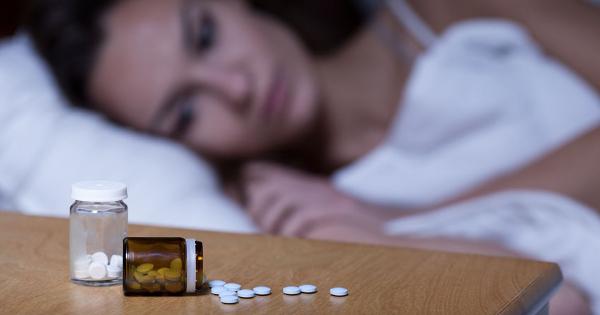 Originally published on: May 1st 2019 In an “it’s about time” move, the US Food and Drug Administration (FDA) has mandated that drug companies put what is referred to as a “black boxed” warning on certain prescription sleeping pills.

These drugs have long been reported to cause injury and death resulting from sleepwalking, sleep driving, and engaging in other activities while not fully awake after taking these medicines. It is a step in the right direction, but even stronger warnings are required as these drugs are associated with significant health risks, including depression and increased death rates due to cancer.

Over the course of a year, over one-half of the U.S. population will have difficulty falling asleep. About 33% of the population experiences insomnia on a regular basis with 17% of the population claiming that insomnia is a major problem in their lives. Many use over-the-counter sedative medications to combat insomnia, while others seek stronger prescription medications from their physicians. Each year up to 12.5% of adults in the U.S. receive prescriptions for drugs to help them sleep. These drugs are the sedative-hypnotic drugs such as:

All of these drugs are associated with significant risks. Problems with these drugs include the fact that most are highly addictive and very poor candidates for long-term use. Common side effects include dizziness, drowsiness, and impaired coordination. It is important not to drive or engage in any potentially dangerous activities while on these drugs. Alcohol should never be consumed with these drugs and could be fatal.

The most serious side effects of the conventional sleeping pills and anti-anxiety drugs relate to their effects on memory and behavior. Because these drugs act in a powerful manner on brain chemistry, significant changes in brain function and behavior can occur including an increased risk for dementia. Severe memory impairment and amnesia of events can also occur, as well as nervousness, confusion, hallucinations, bizarre behavior, extreme irritability and aggressiveness. They have also been shown to increase feelings of depression, including suicidal thinking.

The FDA reviewed cases reported to the FDA Adverse Event Reporting System or found in the medical literature, in which patients engaged in activities while they were not fully awake, such as sleepwalking or driving, that resulted in serious injuries or death after taking the drugs eszopiclone, zaleplon, or zolpidem. FDA Acting Commissioner Ned Sharpless, MD, said in a news release: “We recognize that millions of Americans suffer from insomnia and rely on these drugs to help them sleep better at night. While these incidents are rare, they are serious and it’s important that patients and health care professionals are aware of the risk. These incidents can occur after the first dose of these sleep medicines or after a longer period of treatment, and can occur in patients without any history of these behaviors and even at the lowest recommended doses.”

There were 46 reports of nonfatal serious injuries, which included accidental overdoses, falls, burns, near-drowning, exposure to extreme cold temperatures leading to loss of limb or near death, and self-injuries such as gunshot wounds and apparent suicide attempts. There were also 20 deaths reported were from carbon monoxide poisoning, drowning, fatal falls, hypothermia, fatal motor vehicle collisions with the patient driving, and apparent suicide.

There are safe and effective natural approaches to getting a good night’s sleep. These are all detailed in my free book: Stress, Anxiety, and Insomnia: What the Drug Companies Won’t Tell You and Your Doctor Doesn’t Know. You are welcome to pass the link on to your family and friends. My goal is to get the word out to as many people as possible. Too many people are getting hurt or dying from these prescription drugs.

Dr. Murray is one of the world’s leading authorities on natural medicine. He has published over 40 books featuring natural approaches to health. His research into the health benefits of proper nutrition is the foundation for a best-selling line of dietary supplements from Natural Factors, where he is Director of Product Development. He is a graduate, former faculty member, and serves on the Board of Regents of Bastyr University in Seattle, Washington. Please Click Here to receive a Free 5 Interview Collection from Dr Murray’s Natural Medicine Summit with the Top Leaders in the Field of Natural
Medicine. Sign up for his newsletter and receive a free copy of his book on Stress, Anxiety and Insomnia.
Disclaimer: This article is not intended to provide medical advice, diagnosis or treatment. Views expressed here do not necessarily reflect those of GreenMedInfo or its staff.

Originally published on: May 1st 2019

How the CDC Uses Fear to Increase Demand for Flu Vaccines