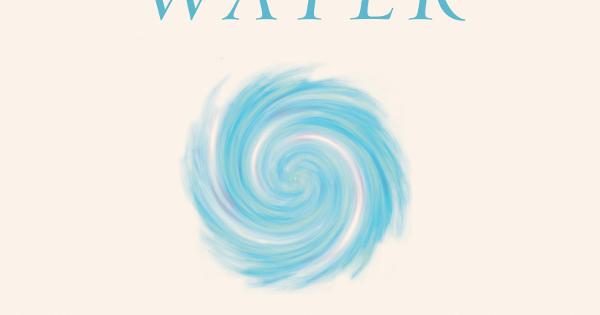 The following excerpt is from Dr. Cowan’s book Cancer and the New Biology of Water: Why the War on Cancer Has Failed and What That Means for More Effective Prevention and Treatment (Chelsea Green Publishing, September 2018) and is reprinted with permission from the publisher

We are erroneously taught early in life that matter can only exist in one of three “states”: solid, liquid, or gaseous. For example, copper can exist as solid copper (often mixed with other elements), molten or liquid copper, or, when exposed to extreme heat, gaseous copper. There is no other state possible; the transition is from one state to the next with no intermediate steps. The transformation occurs mainly under the influence of heat, but influences such as pressure may also play a role.

If we apply this concept to water, then we can conclude that water can only exist as ice (solid), water (liquid), or steam (gas). We were all taught this in elementary school science class. The problem, like so many “truths” in science (and frankly in our culture in general), is that it doesn’t stand up to even a cursory examination. In this case, we have all seen and probably eaten Jell-O, which is composed of over 90 percent water yet clearly is in none of the above three states. In fact, the state of matter that a substance assumes is not a vague concept; it can be clearly demonstrated with apparatuses that measure the bond angle between the individual molecules. Ice has a distinct bond angle between each molecule, water has a different bond angle, and in steam the molecules are mostly unattached to the other molecules. The gel that makes up Jell-O has none of these bond angles. Instead it has an intermediate bond angle that is characteristic of the gel state. Dr. Gerald Pollock, in his seminal book The Fourth Phase of Water, describes in detail the formation and characteristics of this fourth phase. That it exists is not in dispute. The issue is that it is not recognized for the importance that it has to the entire field of biology.

Water is the only “substance” that can exist in this fourth state, at least as far as I know. This fourth phase of water, also called structured water, is the basis of biological life.

I first started questioning the three-states-of-matter dogma when I started working as an ER doctor. We, of course, had been taught that every cell contains about 70 percent water. This was easily proven, and then no further mention was made of the water. In other words, after this cursory mention, the role and state of water were completely ignored. We just assumed it must be liquid water. But in the ER I saw hundreds of people with traumatic injuries–bullet wounds, stabbings, and other terrible wounds–but I never once saw any water squirting out of a wounded person, nor any puddle of water lying on the floor next to the injured patient. Where was the water? Blood, yes, but I had just spent years being told that humans are basically a bag of water with stuff dissolved in it, yet clearly there is no water in any cell in our bodies.

Reading the work of Dr. Pollack and of cell physiologist and biochemist Dr. Gilbert Ling years later finally cleared up this mystery. All of the “water” in our cells is in the fourth, or structured, phase. As with Jell-O, you can poke holes in it or squish it and you will never see “water” squirt out because the water is held together in a gel matrix. Jell-O is formed through the interaction of a hydrophilic surface (in this case the gelatin proteins), water, and then a heat source. The role of heat in producing Jell-O is to unfold the proteins so that they can attach to the water molecules. Without the heat the proteins remain tightly folded and can’t bond to water and no gel forms. Upon cooling, the characteristic gel forms. The water inside of our cells is similar. You start with water and add protein (some evidence exists that the protein is actin, one of the main structural proteins in the body), which then together form the characteristic fourth-state gel.

What about the heat? Obviously we can’t add direct heat to this system to unfold the proteins.

What Ling discovered is that ATP, the so-called energy molecule, does not produce energy at all but rather plays the role of heat in biological systems. Specifically, ATP binds to the end of the intracellular structural proteins, unfolding them, therefore allowing them to bind with the water in the cells to form gels. Without ATP, no gel forms and the function of the cell collapses. This vital but misunderstood role of ATP in biological systems will become crucial in our understanding of the cancer process.

The integrity of the intracellular gel has a role in every important function carried out by the cell. It is the foundation of life itself and the manifestation or embodiment of what I will be calling the life force of the organism. For example, when it is formed properly in a clear, crystalline, correct bond angle “structure,” the intracellular mesh, because of its specific size, inherently binds to potassium inside the cell and excludes the sodium. As I explained in my 2018 book Vaccines, Autoimmunity, and the Changing Nature of Childhood Illness, this is the real sodium-potassium pump–not the mostly irrelevant pump that exists in the cell membrane. Nature has been so organized that the gel itself, with no energy needed, creates and supports this import- ant distribution of potassium inside and sodium outside the cell. As a result, the cell becomes charged, is able to “do work,” and, because it then carries a charged “halo” at its exterior, is able to assume proper spatial orientation with other cells. In other words, without the healthy sodium-potassium gradient, a cell loses its charge and, like a battery, becomes a dead cell. A dead cell loses its “halo,” clumps together with other cells, and forms the characteristic tumor that is one of the hallmarks of cancer.

Another function of the intracellular gels is to provide spatial orientation to the protein or DNA structures in our cells. In other words, proteins and DNA function because they assume a particular and functional three-dimensional shape inside the cell. This shaping is a direct result of the cell’s interaction with water. For example, through the Human Genome Project, we learned that DNA contains about 30,000 functional genes. As the action sites of the DNA, genes are the unit that codes for the individual protein. We once thought that each gene coded for one and only one specific protein, but then we found out that there are at least 200,000 proteins in our cells. The question was, how do 30,000 genes code for 200,000 proteins? It’s like a game of scrabble. A gene is like the letters T, E, and A. This makes the word (or protein) tea. But it can also make eat or even ate; it depends on the “consciousness” of the player. Now we know there are cutting and splicing proteins that actually determine the order of the letters in our genes, but the determining factor in how a gene will be expressed lies in the structured gel within which the DNA resides, not in the DNA itself. In other words, the gel structure of the water is the consciousness of the player in the Scrabble game. This means that the expression of our DNA, the very thing modern oncology is so focused on, is nothing more than a result of a properly formed and functioning gel structure in the cell.

The “reason” nature chose water to play this fundamental role in our biology is that structured water has two unique and fundamental properties. The first is that it has infinite binding sites, and the second is that when anything binds with this intracellular crystalline gel structure, it can produce instantaneous effects throughout the entire cell. The way to picture this is to imagine a window blind that can exist in either an open (lets light in) or closed (darkness) state. One simple turn of the lever or pull on the string and the entire blind changes state. The intracellular gel binds to hormones, chemicals, emotions, thoughts, and on and on; each creates subtle changes in its configuration, which is then translated into a specific action by the cell. For example, if you put estrogen in the cell, it binds with intracellular gel, subtly changing it; this then creates the unfolding of the DNA so that it facilitates the expression of the part of the DNA that codes for proteins that produce breast tissue. In this way, exposure to estrogen creates the effect desired by the cell. Humans interact with and are impacted by an infinite number of stimuli. Our ability to accept these stimuli and turn them into action is a function of our intracellular gels. This is the case whether we’re talking about chemicals or deep spiritual impulses. Nothing turns into action without impacting our intracellular gels.

This understanding then allows a working definition of health and disease. Health is the state of perfect intracellular gels. Disease is when this gel state deteriorates. It is then no wonder that good food, healthy water, sunshine, interaction with the earth, love, and acceptance–all of which produce healthier, more robust intracellular gel–improve our health. In contrast, interaction with glyphosate, electromagnetic fields, and toxic chemicals deteriorates our gels and makes us sick. My latest book Cancer and the New Biology of Water is fundamentally an exploration of how things affect our intracellular gels and, in the end, can either result in or heal us from the disease state called cancer.

Thomas Cowan, MD has studied and written about many subjects in medicine, including nutrition, homeopathy, anthroposophical medicine, and herbal medicine. He has served as vice president of the Physicians’ Association for Anthroposophic Medicine and is a founding board member of the Weston A. Price Foundation. Dr. Cowan is the author of numerous books including Human Heart, Cosmic Heart, Vaccines, Autoimmunity, and the Changing Nature of Childhood Illness, and his latest book Cancer and the New Biology of Water (coming September 24, 2019 from Chelsea Green Publishing).